Like us on Facebook, follow us on Twitter! Check out our new tumblr page. :)
Manga News: Toriko has come to an end; but be sure to swing by and share your favourite moments from the series!
Manhwa & Manhua News: Check out the new Manhwa and Manhua shout-out (March 2016).
Event News: One Piece Awardshas concluded. Check the results Here!
MangaHelpers > News > Shout-Outs > New Manga Shout Out: 6/1/15 - 6/7/15
Homepage
Details
Archives

Welcome to the next New Manga Shout Out. This weekly article introduces you to manga that are new and/or have not been scanlated yet. This week features a violent delinquent, a portal leading to a mysterious world and a girl who needs friends to destroy the world. Remember, if you like any of the series, favorite them. Don't forget to also thank the various people who feed your manga addiction. ^_^ Translators and Scanlators, please check out these series and see if you can spread some more manga love~ 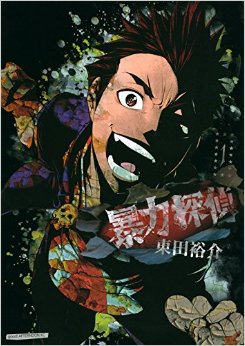 Odaka Youichirou is a number one problem child, and a violent delinquent. However, he also uses his skill with violence to solve problems at school, such as a girl's problem with a stalker or an issue with peeping tom pictures. However, he has now involved a new teacher, Tsukimoto-Sensei, in his activities. 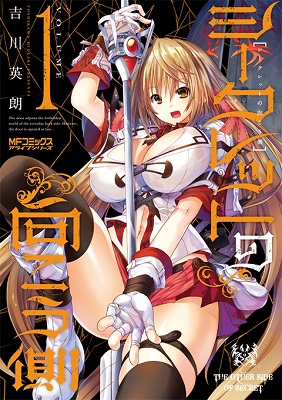 Seven years ago, Yuto's older sister vanished through a mysterious door, leaving him with only a necklace. Now he has once again seen that same door, and watched two mysterious girls (Saya and Hina) go through it. Eager for clues about his sister's disappearance, he and his pet cat follow them through. However, he soon finds there's a reason his sister wouldn't let him come with her. In the deadly world on the other side of the door, his ignorance leads to tragedy. Now Saya insists that he travel through the door once again, to search for a way to retrieve the lives that he caused to be lost during his first journey. 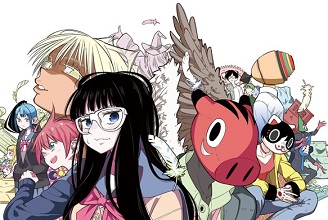 Kurono, a middle school girl, has summoned a demon to grant her the power to wreck the world. However, the demon says it always seems like it's people who have no friends who ask for that sort of power, and he doesn't really want to do it anymore. Kurono insists that she's only alone because she doesn't need friends, and she ends up making a deal with a condition. If she can make friends that she can keep till graduation, then she'll be granted the power to wreck the world. For Kurono, this may end up being a very difficult task...

=======================================================
Note to all scanlators: If you recently started scanlating a new manga series (with about 5 or less chapters released) and would like your manga to be shouted out in the next New Manga Shout Out, then please PM me. Please include:
This is what tethysdust said this week:
Quote:
Secret no Mukougawa was the one that stood out to me the most this week. I was surprised by what happened when he went through the door, and really want him to find a way to save the ones who died. Soredemo Sekai o Kuzusunara was a cute take on a socially awkward girl trying to make friends-- so she can destroy the world later, of course . Bouryoku Tantei wasn't really my thing, but probably interesting for people who like school delinquent-type stories.

My opinion:
Bouryoku Tantei - If you're a fan of delinquent manga, then you should check this one out.
Secret no Mukougawa - If on the other hand, you're in the mood for an ecchi supernatural manga, then you may want to take a look at this one instead.
Soredemo Sekai o Kuzusunara - However, if you're in the mood to see if a lonely student can make friends so she can be granted the power to destroy the world, then this may appeal to you.