Like us on Facebook, follow us on Twitter! Check out our new tumblr page. :)
Manga News: Toriko has come to an end; but be sure to swing by and share your favourite moments from the series!
Manhwa & Manhua News: Check out the new Manhwa and Manhua shout-out (March 2016).
Event News: One Piece Awardshas concluded. Check the results Here!
MangaHelpers > News > Shout-Outs > New Manga Shout Out: 6/29/15 - 7/5/15
Homepage
Details
Archives

Welcome to the next New Manga Shout Out. This weekly article introduces you to manga that are new and/or have not been scanlated yet. This week features a battle between satans to be ruler of the demon world, a girl who draws to gain friends, and a Japanese pub. Remember, if you like any of the series, favorite them. Don't forget to also thank the various people who feed your manga addiction. ^_^ Translators and Scanlators, please check out these series and see if you can spread some more manga love~ 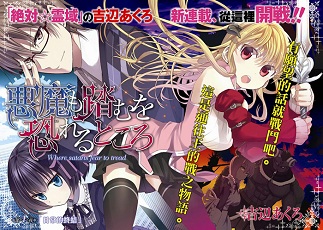 Every 666 years, the ruler of the demon world changes. All the children of the former ruler must battle to see who will ascend the throne. To do this, these 'Satans' will team up with the human sorcerer 'Solomons' and fight in pairs. The Solomon of the winning pair is granted one wish. 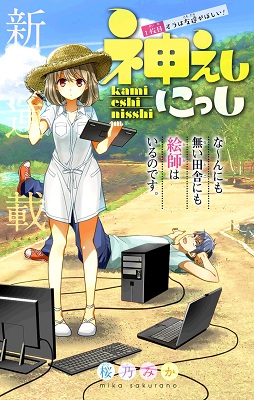 Watch how Kotoe's brother tries to make big money with Kotoe's illustrations so that he can get out of the countryside, go to Tokyo, and marry a seiyuu while she reluctantly keeps drawing in hopes of finding new friends and making lots of people happy. 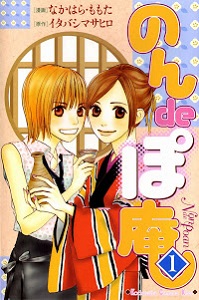 Miki and her older sister Sakana are the owners of the Japanese pub "Poan," where the cooking is delicious and so is the alcohol. They meet many different types of people coming into their pub, all with different kinds of troubles. The sisters do their best to make Poan a place where people can find good food, drink, and peace, and where they may be able to resolve some of the things that are troubling them... 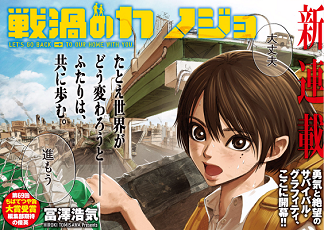 It's the last day of their school trip, and Yuki finally gets his courage up to ask out the girl he likes, Makoto. Very soon afterward, the two of them learn how fragile their world really is, as a missile attack bombards the city. Many are dead and injured, and the newly dating Yuki and Makoto must help each other endure the shock and grief. They try to meet up with other survivors from their school, with the goal of getting home safely to Hokkaido. But could this attack be, as predicted online, the beginning of the "last war"?

=======================================================
Note to all scanlators: If you recently started scanlating a new manga series (with about 5 or less chapters released) and would like your manga to be shouted out in the next New Manga Shout Out, then please PM me. Please include:
This is what tethysdust said this week:
Quote:
Senka no Kanojo was my favorite this week. It's a very intense and action-packed story, and I really hope the lead two characters are able to make it through. Akuma mo Fumu wo Osoreru Tokoro ('Where Satans Fear to Tread') was surprisingly funny, though I'm not sure how long the story can last. Surely not all of the contenders are partnered with perverted mangaka ! Non de Poan is not really up my alley, but I think it might be good for people who like that kind of 'helping customers come to self-understanding' story.

My opinion:
Akuma mo Fumu wo Osoreru Tokoro - If you want something that's a little ecchi and has action, then this manga might be for you.
Kami Eshi Nisshi - If you like slice of life comedies, then you should check this manga out.
Non de Poan - If you're in the mood for a manga about solving their problems, then you may want to read this manga.
Senka no Kanojo - However, if you're in the mood for some action in a dangerous world, then you should check out this manga instead.

4 members and 6 guests have thanked c_k for this news