Like us on Facebook, follow us on Twitter! Check out our new tumblr page. :)
Manga News: Toriko has come to an end; but be sure to swing by and share your favourite moments from the series!
Manhwa & Manhua News: Check out the new Manhwa and Manhua shout-out (March 2016).
Event News: One Piece Awardshas concluded. Check the results Here!
MangaHelpers > News > Shout-Outs > New Manga Shout Out: 7/27/15 - 8/9/15
Homepage
Details
Archives

Welcome to the next New Manga Shout Out. This weekly article introduces you to manga that are new and/or have not been scanlated yet. This week features Achilles as a girl, a high school sucked into a fantasy world and idols battling it out. Remember, if you like any of the series, favorite them. Don't forget to also thank the various people who feed your manga addiction. ^_^ Translators and Scanlators, please check out these series and see if you can spread some more manga love~ 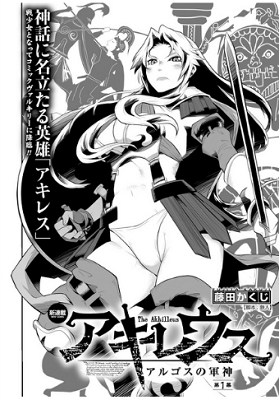 This manga tells the story of Akhilleus (a.k.a. Achilles) in Greece, before the Trojan war. But, in a twist, this Akhilleus is a busty woman who fights in sexy bikini armor. She fights with Agamemnon, who is in the process of extending his dominion through Greece. 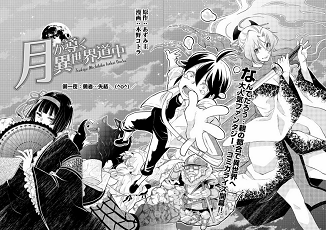 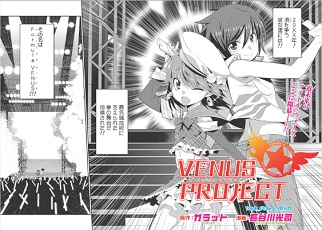 This manga is based on the idol-training battle game (which has also become an anime) of the same name. In the near future, a new form of entertainment called "Formula Venus (FV)" becomes popular. On FV, top idols battle it out in live performances using their strength, skills, and experience. This story begins with a fledgling idol named Takano Karen, who wants to become the top of FV!

My opinion:
Akhilleus - Argos no Gunshin - If you like historical manga with some ecchi-ness thrown in, then this manga about Achilles may pique your interest.
Tsuki ga Michibiku Isekai Douchuu - On the other hand, if you're more in the mood for fantasy with a mix of comedy, then you should check this manga out instead.
Venus Project - If you like the anime and want some more ecchi-ness in your life and you like idols, then you should check this one out as well...

If you haven't done so already, check out the scanlations of the manga from previous shout outs which have been recently scanlated: badminton comedy Hanebado! (MH link), supernatural comedy Geidaisei Yasaka Kyouya no Suuki na Bouken (MH link).

4 members and 5 guests have thanked c_k for this news