Like us on Facebook, follow us on Twitter! Check out our new tumblr page. :)
Manga News: Toriko has come to an end; but be sure to swing by and share your favourite moments from the series!
Manhwa & Manhua News: Check out the new Manhwa and Manhua shout-out (March 2016).
Event News: One Piece Awardshas concluded. Check the results Here!
MangaHelpers > News > Shout-Outs > New Manga Shout Out: 8/10/15 - 8/23/15
Homepage
Details
Archives

Welcome to the next New Manga Shout Out. This weekly article introduces you to manga that are new and/or have not been scanlated yet. This week features a girl and supernatural events, a disease making girls sexually aggressive and a girl pulled to a new world. Remember, if you like any of the series, favorite them. Don't forget to also thank the various people who feed your manga addiction. ^_^ Translators and Scanlators, please check out these series and see if you can spread some more manga love~ 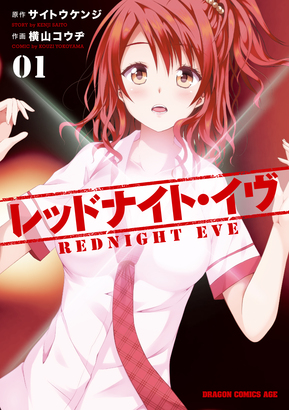 Hana, a high-schooler who is known as the cutest girl in school, gets pulled into a supernatural event while on a beach trip with her friends. This event, called a "Red Night Eve," involves a transformed extremely massive shark, which targets Hana while she's swimming! Luckily, she's rescued by the siblings Yayako and Yuuto Kagimori, students from her school who know all about these occurrences, and who even have a support program AI named Acacia in their tablet to help them. Not long after, Hana and the siblings are involved in another event, this time involving her precious class pet parakeet being transformed into something monstrous. With all these supernatural events, Hana's life is never going to be the same! 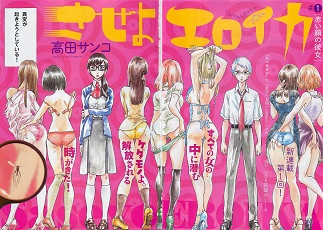 Rintarou is deeply judgmental of women, and hates that his dad has been cheating on his mom with a female neighbor. He does not want to be like his dad, and his thoughts are full of gendered sexual slurs towards his female classmates. The only exception is the most modest girl in his class, Yatsugi Azusa. A mosquito-borne disease seems to be spreading around among the women in his city, whose symptoms are fever and extreme sexual aggressiveness. Will he and Azusa make it through the epidemic? 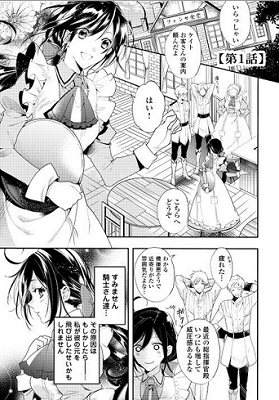 One day, after graduating from junior college, Kate was pulled into another world! She was taken in by a wealthy and handsome, but stoic, supreme commander named Arius, who took care of her in his mansion. However, Kate couldn't handle living like a NEET in this new world, and was determined to find a way to work. Soon, she begins her new lifestyle, living with Arius and working in a nearby restaurant!

=======================================================
Note to all scanlators: If you recently started scanlating a new manga series (with about 5 or less chapters released) and would like your manga to be shouted out in the next New Manga Shout Out, then please PM me. Please include:
This is what tethysdust said this week:
Quote:
My favorite this week is Soushikikan to Watashi no Jijou, a pretty peaceful story that seems to be heading in a romance direction. Saseyo Eroika is probably more for fans of ecchi than fans of hentai, though there is a lot of nudity and sexual situations. Red Night Eve seems like it could build up into an interesting story, and I think the art is pretty nice (lots of fan service, though!).

My opinion:
Red Night Eve - If you like supernatural manga with a little ecchiness thrown in, then check this one out.
Saseyo Eroika - If you want a manga more focused on more adult ecchi situations, then this may be up your alley. I just hope the main character learns to have a better opinion of women...
Soushikikan to Watashi no Jijou - If you're more in the mood for romance, then you should take a look at this manga instead.

1 members and 4 guests have thanked c_k for this news