Like us on Facebook, follow us on Twitter! Check out our new tumblr page. :)
Manga News: Toriko has come to an end; but be sure to swing by and share your favourite moments from the series!
Manhwa & Manhua News: Check out the new Manhwa and Manhua shout-out (March 2016).
Event News: One Piece Awardshas concluded. Check the results Here!
MangaHelpers > News > Shout-Outs > New Manga Shout Out: 11/2/15 - 11/8/15
Homepage
Details
Archives

Welcome to the next New Manga Shout Out. This weekly article introduces you to manga that are new and/or have not been scanlated yet. This week features a new couple living with relatives, a manga about different breads, and mikos (shrine maidens). Remember, if you like any of the series, favorite them. Don't forget to also thank the various people who feed your manga addiction. ^_^ Translators and Scanlators, please check out these series and see if you can spread some more manga love~ 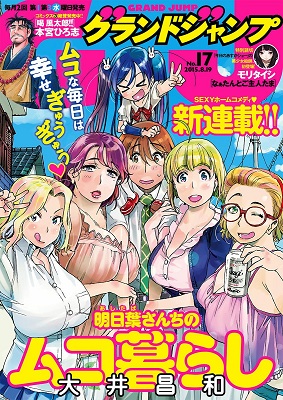 Mu-kun has moved in with his new wife, Hinata. Instead of moving into their own house, though, he's moving into the house that is also shared by Hinata's mother, her aunt, and her two little sisters. Most of these women are quite well-endowed, and have very loud personalities. He and Hinata are eager to have sex, but it's so hard in such a crowded house! Will they be able to find time to be alone together? 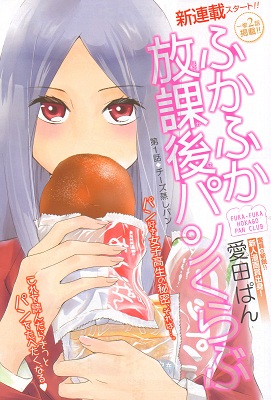 Tetsuko is a high school girl who really likes different kinds of bread, and knows how to enjoy them. Others boys and girls follow her lead and discover new ways to enjoy bread. This is a story for anyone who is into Japanese-style breads, and it will probably make you want to eat some! 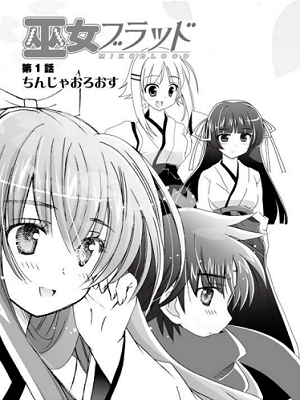 After the death of his parents in an accident, Yutaka was taken in and has been living peacefully at the Mita Shrine. One day, a pair of really hot miko appear, causing many nosebleeds for Yutaka. When he is drawn into their fight with a dangerous evil spirit, he uncovers the fact that he also has some kind of mysterious power inside himself as well. Now it looks like he's going to become involved with their dangerous fight against evil spirits! 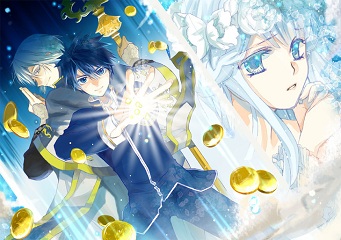 In the world of magic, there lived a kind-hearted prince, Linkenel. Prince Linkenel was born with the most powerful magical power in history. His magical power was so powerful that the king had to seal that power within his body from the time he was an infant, not releasing it until the day he comes of age. On July 1024, on Linkenel’s coming-of-age ceremony, Rieswinn, the God of Water, appeared at the ceremony and attempted to abduct the prince in order to claim Linkenel’s power as his own. As Rieswinn casts his water magic in the hall, drowning everyone within it, to spare the king’s and queen’s lives, Linkenel agreed to join with Rieswinn. As they were about to depart, one of Linkenel’s best companion, a puppy named Lyle, tried to intervene. As Linkenel begged Rieswinn to keep the pup by his side, Rieswinn brutally slaughtered the puppy claiming Linkenel is now his and should not be swayed by anything else.

Shifting to modern world, Kanba Yoichi, the protagonist, is a high schooler who has been having dreams about Prince Linkenel, who he refers to as his master, since the passing of his mother. However, his dream has always been the same and ends exactly at the same location (where Lyle was slaughtered and Linkenel was taken away) every time for the past six years. Longing to save his “master,” he stumbles across a fortune teller, who gives him a magical coin to “let him see the sequel of the dream he has been having.” After trying to place the coin under his pillow, Yoichi finds himself in the magical world and, there, he meets with his master. And thus, the magical story of the two begins.

Thanks go to Ju-da-su for the summary.

=======================================================
Note to all scanlators: If you recently started scanlating a new manga series (with about 5 or less chapters released) and would like your manga to be shouted out in the next New Manga Shout Out, then please PM me. Please include:
This is what tethysdust said this week:
Quote:
Ashitaba-san Chi no Muko Kurashi sometimes went too far in the harem direction for me, but it was pretty funny at times. I can imagine how frustrating it would be to live like that as a newlywed! Miko Blood was a little too fan service-y for me, but it would be good for anyone who wants fight scenes and panty shots. Fukafuka Houkago Pan Kurabu, I have to admit that I'm probably not the target audience, since I don't actually know how most of the breads mentioned taste. It did make me want to eat them, though!

My opinion:
Ashitaba-san Chi no Muko Kurashi - If you're in the mood for ecchi situations, then take a look at this manga.
Fukafuka Houkago Pan Kurabu - This kind of reminds me of Yakitate!! Japan, but without the super comedic moments and exagerated bread items. If you like that manga, you might like this one...
Miko Blood - This is a short (only 3 chapters) manga with some ecchiness and action thrown in so if you like that, then you should read this.
Shunkan Lyle - If you're in the mood for a fantasy and like manga from Full Moon o Sagashite, then you'll like this manga. Plus the first chapter is scanlated.


If you haven't done so already, check out the scanlations of the manga from previous shout outs which have been recently scanlated: supernatural comedy Kiitarou Shounen no Youkai Enikki (MH link).