Like us on Facebook, follow us on Twitter! Check out our new tumblr page. :)
Manga News: Toriko has come to an end; but be sure to swing by and share your favourite moments from the series!
Manhwa & Manhua News: Check out the new Manhwa and Manhua shout-out (March 2016).
Event News: One Piece Awardshas concluded. Check the results Here!
MangaHelpers > News > Shout-Outs > New Manga Shout Out: 1/25/16 - 1/31/16
Homepage
Details
Archives

Welcome to the next New Manga Shout Out. This weekly article introduces you to manga that are new and/or have not been scanlated yet. This week features a world where everyone has superpowers, a resort for youkai and the married life of two mangaka. Remember, if you like any of the series, favorite them. Don't forget to also thank the various people who feed your manga addiction. ^_^ Translators and Scanlators, please check out these series and see if you can spread some more manga love~ 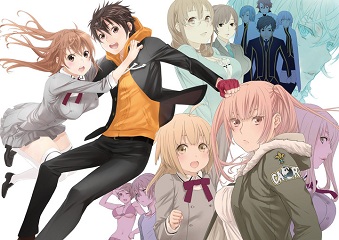 Superpowers are now common among the world's population. The manifestation of powers is known as Girls' Witch Syndrome, and the origin of the sudden large scale bestowal of extraordinary abilities to children is an entity named the Mother Witch. Ayumu Takenami carries the title of Brave Star as the top ranking CARD member.

CARD is an organisation formed from the children and girls that have superpowers. After he dispatches armed kidnappers with his bare fists somewhere in the Middle East, Ayumu drops everything to go see his crush in Japan. Yuki Saimiya is an average 17 year-old high school girl with insignificant powers but wishes she could be more like the rumoured Brave Star. 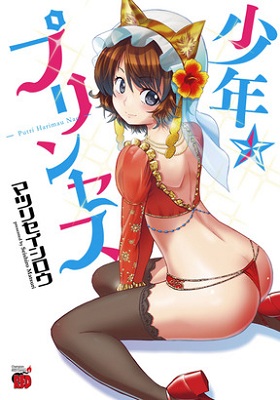 When the prince of a small Southeast Asian country falls in love with him, a Japanese boy named Naotora finds himself dressed up as a girl and sent off to become a bride. Naotora--now called "Naoko"--has to hide his true gender, or risk dangerous consequences. However, the prince has a secret of his own; he is actually a woman cross-dressing as a man! As if navigating these gender issues was not enough, Naoko soon learns that he is coming into a dangerous political situation, and there are people who want him dead! Will Naoko and his prince be able to survive, and will Naoko really have to dress as a woman forever? 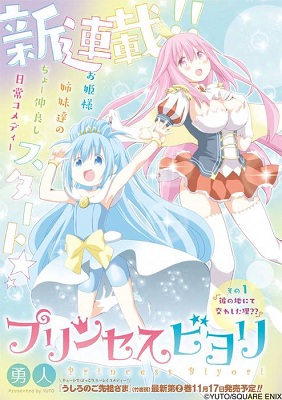 The normal world has become connected to a magical world. Now there is a castle nearby, with a gate that sometimes allows mischievous fairies to pass through into the usual human world to cause trouble. Guided by a magic cat, Akari and Kano have become "magical sisters," who transform to battle the fairies and force them back into their own world. Akari and Kano mess up a lot, but they're doing the best they can to be good protectors! 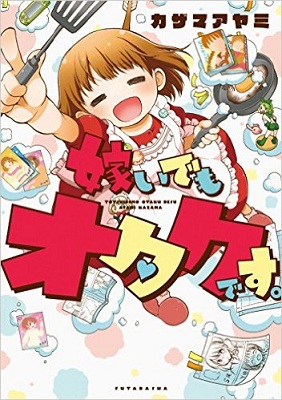 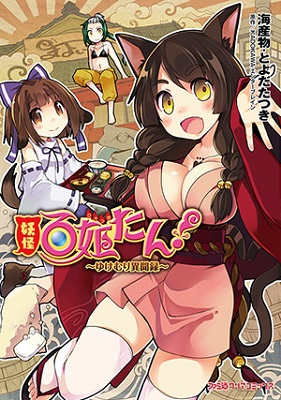 Aruji is the young male manager of the Mayoiga Onsen, a hot spring resort hidden deep in the mountains for youkai from all over the world. The hot spring is made up of a lively group of people including Nekomata, the cat youkai and head maid, Inugami, a youkai idol/maid who is always looking to please her fans, and Kawadou, a tomboy laborer who has to constantly fix the resort.

=======================================================
Note to all scanlators: If you recently started scanlating a new manga series (with about 5 or less chapters released) and would like your manga to be shouted out in the next New Manga Shout Out, then please PM me. Please include:
This is what tethysdust said this week:
Quote:
Yomei Demo Otaku Desu appears to be an autobiographical comedy about the author's marriage. It was funny, and complete at 10 chapters. Shounen Princess combines gender-bender romance with action. Princess Biyori was pretty cute and innocent, as far I as read.
Here's what Kamas had to say:
Quote:
For Brave Star Romantics: Modern day superheroes are not a new concept, but I like the mystery that surrounds the origin story behind the superpowers and the idea behind it. It has a lot of potential to make for an interesting story.
Now for Niffer's take on her manga:
Quote:
Youkai Hyakki-tan! is a fun manga with lots of short stories based on the mobile game Youkai Hyakki-tan!
My opinion:
Brave Star Romantics - This comes from the mangaka who made Sekirei, so if you like more action/ecchi series, then this would be right up your alley.
Shounen Princess - An interesting idea of having a trap and a reverse trap in the story, so if you like gender benders, then this manga is for you...
Princess Biyori - If you're in the mood for fantasy and magic, then you should check this manga out.
Yomei Demo Otaku Desu. - If you want to know what it's like to be a mangaka and be married to another mangaka, with little romantic experience, then this short one volume manga may pique your interest.
Youkai Hyakki-tan! - If you like ecchi situations with supernatural elements, then you should take a look at this manga.

1 members and 3 guests have thanked c_k for this news