Like us on Facebook, follow us on Twitter! Check out our new tumblr page. :)
Manga News: Toriko has come to an end; but be sure to swing by and share your favourite moments from the series!
Manhwa & Manhua News: Check out the new Manhwa and Manhua shout-out (March 2016).
Event News: One Piece Awardshas concluded. Check the results Here!
MangaHelpers > News > Shout-Outs > New Manga Shout Out: 3/21/16 - 3/27/16
Homepage
Details
Archives

Welcome to the next New Manga Shout Out. This weekly article introduces you to manga that are new and/or have not been scanlated yet. This week features a rock band gag manga and a twilight zone-type manga. Remember, if you like any of the series, favorite them. Don't forget to also thank the various people who feed your manga addiction. ^_^ Translators and Scanlators, please check out these series and see if you can spread some more manga love~ 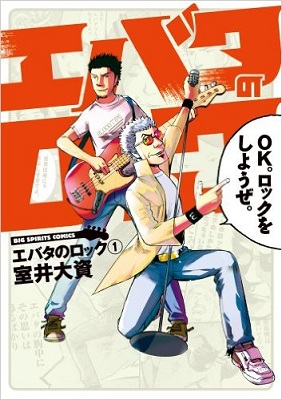 After Masato is kicked out of his band, he ends up being a manager for an influential and unusual rock-star named Ebata. This rock-star gag manga tells his and Ebata's legendary story in chapters that take inspiration from different real-life rockers! 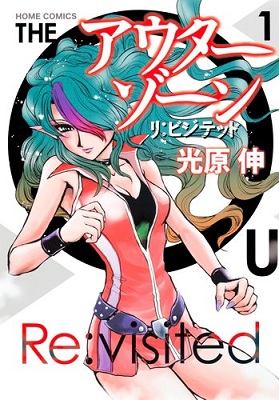 The elven-eared Misery is our guide to the Outer Zone, a place where reality and dreams collide (similar to The Outer Limits or The Twilight Zone). Humans, and even animals, sometimes find themselves wandering into this place on the edge of reality. For example, the first story involves a manga assistant who buys a love doll that is more than it seems, and the second is about a poor abandoned cat who is trying to find a way to survive in a cold park. Each chapter focuses on a different encounter with the supernatural!

=======================================================
Note to all scanlators: If you recently started scanlating a new manga series (with about 5 or less chapters released) and would like your manga to be shouted out in the next New Manga Shout Out, then please PM me. Please include:
This is what tethysdust said this week:
Quote:
I've never read a rockstar gag manga before, so Ebata no Rock is unusual in that sense. It's interesting to see the inspiration they take from Japanese and world musicians. Outer Zone seems very much like a Twilight Zone sort of series, with the guide Misery as the frame story to introduce and close out each episode (though she is also sometimes a character in the story). The stories are of varying types--for instance, the first chapter was more of a horror story, while the second was a sweet and sad fantasy.

My opinion:
Ebata no Rock - I think if you like Detroit Metal City (since it's also a comedy manga about a rock group), then I think you would probably like this manga too.
Outer Zone - Re:visited - If you are into the supernatural, then this may be more your style.

1 members and 2 guests have thanked c_k for this news