Like us on Facebook, follow us on Twitter! Check out our new tumblr page. :)
Manga News: Toriko has come to an end; but be sure to swing by and share your favourite moments from the series!
Manhwa & Manhua News: Check out the new Manhwa and Manhua shout-out (March 2016).
Event News: One Piece Awardshas concluded. Check the results Here!
MangaHelpers > News > Shout-Outs > New Manga Shout Out: 4/4/16 - 4/10/16
Homepage
Details
Archives

Welcome to the next New Manga Shout Out. This weekly article introduces you to manga that are new and/or have not been scanlated yet. This week features a future voice actor studying school loners, a stuntsman, and a sexy robot girl. Remember, if you like any of the series, favorite them. Don't forget to also thank the various people who feed your manga addiction. ^_^ Translators and Scanlators, please check out these series and see if you can spread some more manga love~ 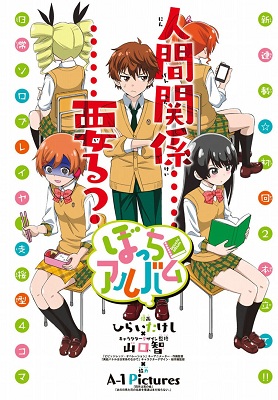 A 4koma comedy that follows the daily school lives of bocchi (loner) characters. Kaneno Kawakuho is a high schooler and an aspiring voice actor. To get a job playing a loner character, his manager pushed him to research the loners at his school. In comes Nina Maezono, aka “Edelweiss,” the loner he decides to study to improve his voice acting career! But how do you get close to someone who doesn’t like getting close to people? 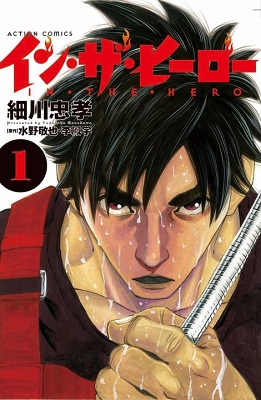 Honjou Wataru is a stuntman, who is able to perform action shots that others can't. Most of his performing is done in suits (e.g. the kind the power rangers wear). This kind of hidden role also means that while his stunts are recorded, his face won't make it to the film. Wataru is good at his job, but he wants to be a hero. 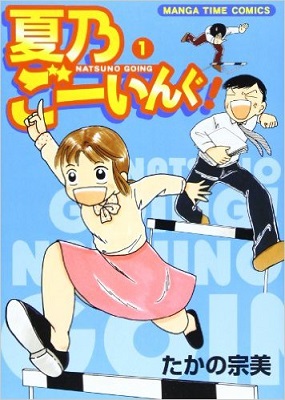 This 4-koma manga follows the daily life of Natsuno Yoko, a tiny woman with a big personality. Natsuno has had a very small body and voice since birth, and that's still the case when she's grown up and working as an office lady. She works very hard, though, and has a memorable attitude and way of going about her work. 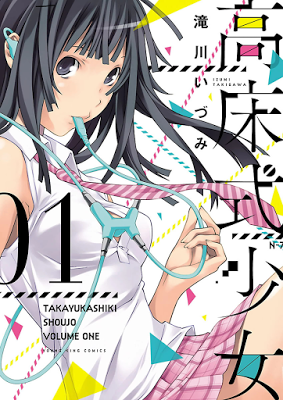 Kamiwazumi Jun lives alone in an old house with a shrine. As a result, people sometimes leave random things outside his house, like kittens... or an unconscious naked girl?! The woman in question claims to be a robot from the future who has come back in time to protect Jun, the future messiah. She has no qualms about nudity, and retrieves useful objects from a "9th dimensional pocket" between her legs. Once Jun has accepted that her story must be true, he also has to figure out how to work a sexy robot girl into his everyday life, which also includes explaining her to a cute childhood friend that has a crush on him.

=======================================================
Note to all scanlators: If you recently started scanlating a new manga series (with about 5 or less chapters released) and would like your manga to be shouted out in the next New Manga Shout Out, then please PM me. Please include:
This is what tethysdust said this week:
Quote:
"In the Hero" seems like it will focus on the daily life of the stuntman main character. Natsuno Going is a light-hearted comedy about a little woman. Takayukashiki Shoujo seems to be a pretty standard story in a genre I haven't seen for a while (boy meets naked woman-object), but it would be interesting to see what happens in the future to cause them to send back a protector robot girl.
Now for Niffer's take on her manga:
Quote:
Bocchi Album is a cute comedy that I think can resonate with a lot of lovers of Japanese traditional and popular culture who never had that many friends in school...
My opinion:
Bocchi Album - If you like 4koma, comedies on loner characters, then you may like this manga...
In the Hero - On the other hand, if you like action/hero-type manga with a mix of power rangers, then this is for you.
Natsuno Going! - Another 4koma manga, but more focused on the work place. If you work in an office and want to see funny situations that may occur there, then you should check out this manga.
Takayukashiki Shoujo - But if you want a little more ecchiness with your manga, then look no further and read this one instead.


If you haven't done so already, check out the scanlations of the manga from previous shout outs which have been recently scanlated: school life comedy Mitsuboshi Colors (MH link).