Like us on Facebook, follow us on Twitter! Check out our new tumblr page. :)
Manga News: Toriko has come to an end; but be sure to swing by and share your favourite moments from the series!
Manhwa & Manhua News: Check out the new Manhwa and Manhua shout-out (March 2016).
Event News: One Piece Awardshas concluded. Check the results Here!
MangaHelpers > News > Shout-Outs > New Manga Shout Out: 4/11/16 - 4/17/16
Homepage
Details
Archives

Welcome to the next New Manga Shout Out. This weekly article introduces you to manga that are new and/or have not been scanlated yet. This week features a cyborg, a journey to the find the best tea, and love stories from an apartment complex. Remember, if you like any of the series, favorite them. Don't forget to also thank the various people who feed your manga addiction. ^_^ Translators and Scanlators, please check out these series and see if you can spread some more manga love~ 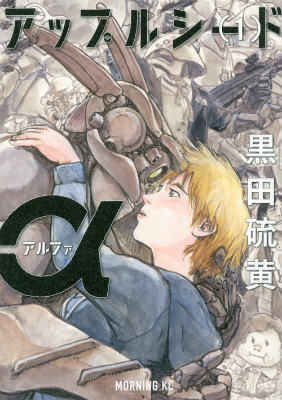 This appears to be a manga adaptation of the 2014 film, Appleseed Alpha, which seems to be an alternate telling of the main characters' origins. In the world of Appleseed, a third world war has left the world in ruins. This alternate story begins with Deunan Knute and Briareos traveling together as lovers, with Briareos already as a full cyborg. They arrive at the ruins of NYC, where they meet the local leader, Two-Horns, who gets them involved in the local situation. 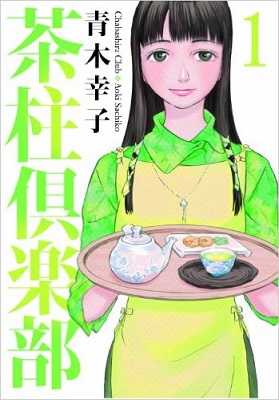 Suzu is the daughter of a family with a well-established tea house, and she has been raised to love and appreciate the brewing and tasting of Japanese green tea. One day, she helps out a woman who gives her a delicious kind of tea she's never tasted before. In search of finding this tea once again, Suzu heads out from her home on a tea journey, where she will encounter many new teas and tea makers. 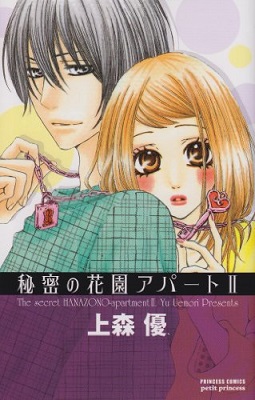 This manga features stories of love involving people living in the Hanazono apartments. The first story follows Ruri, a teenager who lies to her former-yankee protective older brother in order to visit her crush, former-yankee Tsukasa, in his apartment each day. Ruri's feelings are obvious, but does Tsukasa return her feelings? What will happen when her brother finds out where she's been spending her time? The next stories follow other inhabitants of the apartment building and their experiences with love.

=======================================================
Note to all scanlators: If you recently started scanlating a new manga series (with about 5 or less chapters released) and would like your manga to be shouted out in the next New Manga Shout Out, then please PM me. Please include:
This is what tethysdust said this week:
Quote:
Chabashira Club would probably be a fun one for people who are interested in Japanese tea. Appleseed Alpha is likely of interest to fans of the original Appleseed (I have not read/watched it myself). Finally, Himitsu no Hanazono Apato has a variety of stories for fans of Shoujo-style romance.