Like us on Facebook, follow us on Twitter! Check out our new tumblr page. :)
Manga News: Toriko has come to an end; but be sure to swing by and share your favourite moments from the series!
Manhwa & Manhua News: Check out the new Manhwa and Manhua shout-out (March 2016).
Event News: One Piece Awardshas concluded. Check the results Here!
MangaHelpers > News > Shout-Outs > New Manga Shout Out: 2/2/15 - 2/8/15
Homepage
Details
Archives

Welcome to the next New Manga Shout Out. This weekly article introduces you to manga that are new and/or have not been scanlated yet. This week features a fairy quest, a programmer sucked into a fantasy RPG, and a guy transported to the Sengoku era. Remember, if you like any of the series, favorite them. Don't forget to also thank the various people who feed your manga addiction. ^_^ Translators and Scanlators, please check out these series and see if you can spread some more manga love~ 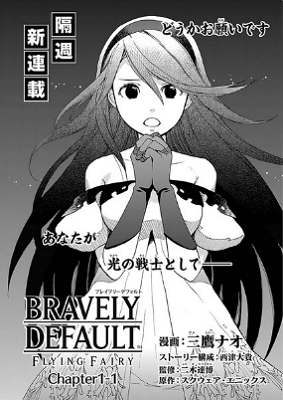 This is a comic version of the 3DS game Bravely Default. The story starts with Tiz Arrior, whose village is swallowed up by a huge chasm. After he awakes to find he is the only survivor, he soon meets Agnes and Airy, a wind vestal and her fairy companion, who he joins on their quest to wake the crystals out of corruption. 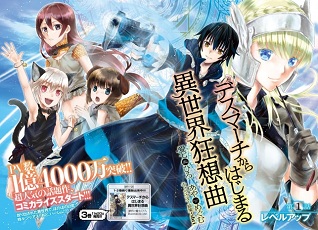 29-year-old programmer Suzuki Ichirou finds himself transported into a fantasy RPG. Within the game, he's a 15-year-old named Satou. At first he thinks he's dreaming, but his experiences seem very real. Due to his use of a 3-time-use special power (meteor shower), he ends up wiping out an army of lizardmen and becoming very high level. He hides his level and plans to live peacefully and meet new people, though developments in the game story (like the return of a demon king) might get in his way. 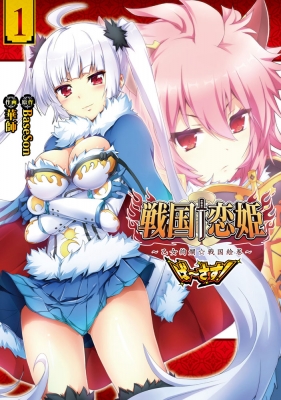 My opinion:
Bravely Default - Flying Fairy - If you're a fan of the 3DS game of the same name or a fan of Final Fantasy, then you may find this manga interesting.
Death March kara Hajimaru Isekai Kyousoukyoku - If you like manga or novels like Mushoku Tensei or Tate no Yuusha no Nariagari where the main character gets transported into a video game or fantasy world, then you should check this one out.
Sengoku Koihime - Otome Kenran Sengoku Emaki - Versus! - If you like a mixture of ecchiness, and historical manga, then you might want to take a look at this manga out.


If you haven't done so already, check out the scanlations of the manga from previous shout outs which have been recently scanlated: ecchi romantic comedy Ane Kurabeo (MH link).