Like us on Facebook, follow us on Twitter! Check out our new tumblr page. :)
Manga News: Toriko has come to an end; but be sure to swing by and share your favourite moments from the series!
Manhwa & Manhua News: Check out the new Manhwa and Manhua shout-out (March 2016).
Event News: One Piece Awardshas concluded. Check the results Here!
MangaHelpers > News > Shout-Outs > New Manga Shout Out: 3/2/15 - 3/8/15
Homepage
Details
Archives

Welcome to the next New Manga Shout Out. This weekly article introduces you to manga that are new and/or have not been scanlated yet. This week features a world that's like a RPG, and people with super powers who can manipulate memory. Remember, if you like any of the series, favorite them. Don't forget to also thank the various people who feed your manga addiction. ^_^ Translators and Scanlators, please check out these series and see if you can spread some more manga love~ 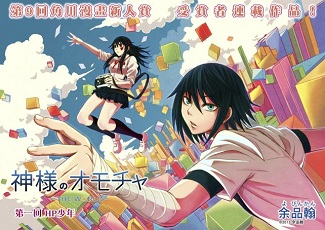 God is playing with a certain world like a toy, and one he is likely to tire of and smash. In this world, there is a girl and boy called Deta and Rame. Deta can see the "HP" of all objects and people, even the world itself. As it turns out, the world doesn't have much HP left. Rame can "load" and "save" with her camera. Another girl, who has not yet met the pair, can see everyone's "MP." While she has MP, everyone else has 0, until she meets Deta and Rame. Will they save the world together, or will it be destroyed? 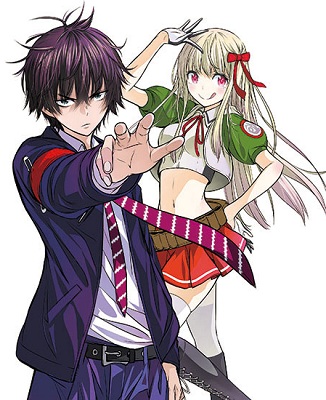 Kurusu Rai's family died when he was young, but he has no clear memories of what happened. One day, a girl named Sai shows up at his school to tell him that someone is after his life. She claims that she has super powers (involving manipulation of memory) and that the person after him does as well. It turns out that Rai also harbors impressive destructive power, but what is it in his past that he does not remember?

=======================================================
Note to all scanlators: If you recently started scanlating a new manga series (with about 5 or less chapters released) and would like your manga to be shouted out in the next New Manga Shout Out, then please PM me. Please include:
This is what tethysdust said this week:
Quote:
Nothing much caught my attention this week, but I did read them when I was really tired, so that might be more a reflection of my state of mind than the manga. Meminisse seems like a good one for people into supernatural shounen battle manga. Kami ni Omocha was just... really weird, and not really in a way I liked.

My opinion:
Kami ni Omocha - The World - Seems this week we have another video-game related type game in that people/things have HP and one character has MP and they are out to save the world. If you like fantasies and video game-type settings, you might like this manga.
Meminisse - If you're in the mood for a mystery with a mix of super powers (and memory manipulation) then you may be interested in reading this manga as you discover what may have happened in the main character's past.


If you haven't done so already, check out the scanlations of the mangas from previous shout outs which have been recently scanlated: ecchi supernatural drama Area 51 (MH link).