Like us on Facebook, follow us on Twitter! Check out our new tumblr page. :)
Manga News: Toriko has come to an end; but be sure to swing by and share your favourite moments from the series!
Manhwa & Manhua News: Check out the new Manhwa and Manhua shout-out (March 2016).
Event News: One Piece Awardshas concluded. Check the results Here!
MangaHelpers > News > Shout-Outs > New Manga Shout Out: 5/25/15 - 5/31/15
Homepage
Details
Archives

Welcome to the next New Manga Shout Out. This weekly article introduces you to manga that are new and/or have not been scanlated yet. This week features a mysterious powerful ring, kids stranded on a deserted island, and a mysterious wishing stone. Remember, if you like any of the series, favorite them. Don't forget to also thank the various people who feed your manga addiction. ^_^ Translators and Scanlators, please check out these series and see if you can spread some more manga love~ 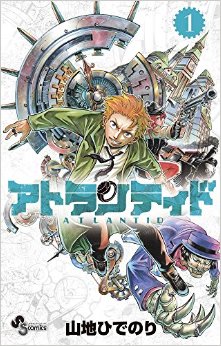 In London of 1882, an injured woman safeguarding a powerful ring is fleeing a dangerous organization. The ring is pickpocketed by a local thief gang, and she passes out from her injuries before being able to recover it. When she awakes, she finds that the young thief gang has taken care of her, and a boy named Sari, who has no memories of his life before the gang took him in five years ago, has his ring. When the organization tracks them down, he wears the ring and unleashes its power. However, he can't take it back off. Now the woman wants him to come back with her to her organization. Will he uncover the secrets of his past? 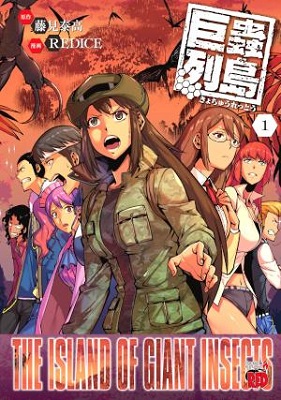 After an airplane crash during a school trip, Oribe Mutsumi and her classmates were stranded on a seemingly deserted island. Mutsumi found the other survivors, and used her wilderness knowledge to help them. She expects that they will be rescued in about three days, which doesn't seem so long to endure. However, she didn't account for the fact that the island is populated with gigantic killer insects. Her knowledge of butterflies, wasps, and more may be the only thing that will help any of her classmates survive to be rescued! 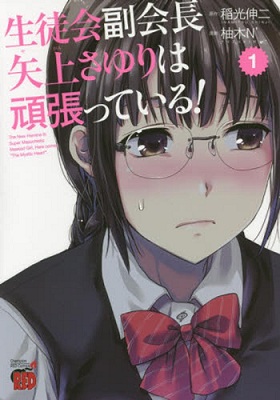 Yagami Sayuri is the student council vice president, and her demanding president hates the fact that boys are in their school at all. There is a school legend that if a maiden offers her panties to the goddess statue in the courtyard, the goddess will help solve her problems. The actual problem-solving power, though, is with the student council, which monitors the statue's panty offerings.

The president often insists Sayuri help solve the girls' problems in her secret identity of "Mystic Heart," a scantily clad protector of the school's peace. Most of the students just think of 'Mystic Heart' as a masochistic pervert. Sayuri usually ends up naked and humiliated in front of boys, and the shame helps her transform into her sadistic personality. In this form, she can beat up the boys and pee on them. The student council helps girls through many troubles, from misunderstandings between friends to peeping toms. 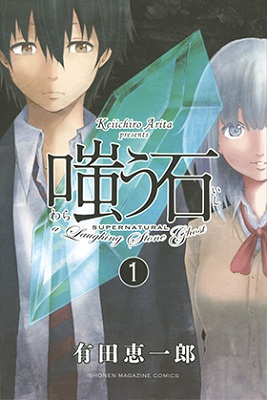 Ataru Natsumeda is a withdrawn first year in high school, unable to rise above mediocrity. His parents are on bad terms with each other, so Ataru leads a lonely, gloomy life. His sister Tsukimi is endowed with both wit and beauty, which causes Ataru to have a severe inferiority complex. One day, Ataru gets bullied again by delinquents who are after his beautiful sister. His classmate Nirasaki witnesses this, and asks Ataru, “Why didn’t you just tell them to piss off and die?” Soon after, she passes the mysterious “wishing stone” to Ataru with a kiss, as if she’s restraining him from asking any further questions. Rumor has it that this “wishing stone” can make any wish come true! Having obtained this stone, Ataru wishes for the delinquents to die! And within a moment, the three delinquents die bizarre deaths!! What is this “wishing stone” …? Who is Nirasaki…? And what will be the fate of Ataru Natsumeda, who has set foot into this horrible world…?!

If you haven't done so already, check out the scanlations of the manga from previous shout outs which have been recently scanlated: school life romance Toremorotora (MH link).