Like us on Facebook, follow us on Twitter! Check out our new tumblr page. :)
Manga News: Toriko has come to an end; but be sure to swing by and share your favourite moments from the series!
Manhwa & Manhua News: Check out the new Manhwa and Manhua shout-out (March 2016).
Event News: One Piece Awardshas concluded. Check the results Here!
MangaHelpers > Manga > Browse > Orochi
Home
Chapters
Translations
RSS 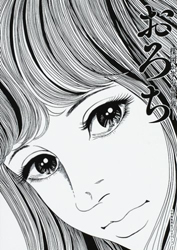 One night after fighting with her husband, Lisa goes on a drunk-driving spree and crashes into another car. Fortunately, a mysterious girl named Orochi is there to divert the car enough, so that Lisa's injuries aren't fatal. As a result though, Orochi falls asleep for several decades. Eventually, Orochi wakes to find that she's being taken into the mansion where the two sisters now live together as older women where the truth gradually emerges where we find out the true nature of these sisters. [Viz]

The first story is called "Sisters" :

"This is a story depicting the horrible, tenacious nature of a woman's heart so detestable, it invites other worldly judgement."