Like us on Facebook, follow us on Twitter! Check out our new tumblr page. :)
Manga News: Toriko has come to an end; but be sure to swing by and share your favourite moments from the series!
Manhwa & Manhua News: Check out the new Manhwa and Manhua shout-out (March 2016).
Event News: One Piece Awardshas concluded. Check the results Here!
MangaHelpers > News > Shout-Outs > New Manga Shout Out: 3/30/15 - 4/5/15
Homepage
Details
Archives

Welcome to the next New Manga Shout Out. This weekly article introduces you to manga that are new and/or have not been scanlated yet. This week features mysterious clones, a ghost of a murdered girl, and a school filled with students with special powers. Remember, if you like any of the series, favorite them. Don't forget to also thank the various people who feed your manga addiction. ^_^ Translators and Scanlators, please check out these series and see if you can spread some more manga love~ 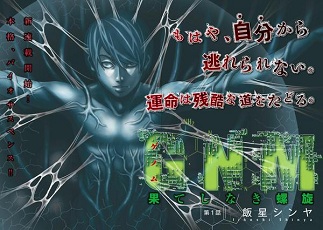 College student Kazuki had a serious heart condition, and his only hope was a heart transplant. Luckily, his father was a highly regarded doctor, and he was determined to do whatever it took to save his son. After his surgery, Kazuki seemed to have recovered completely, but he was surprised to see that he had no visible scar. Mysteriously, his father also suddenly became unable to meet with him. After his girlfriend Ami got bit by some strange, giant 'bug', she encountered a violent, fully-grown clone of herself. Could this bug and the clone have something to do with Kazuki's recovery and with a string of recent murders in the area? 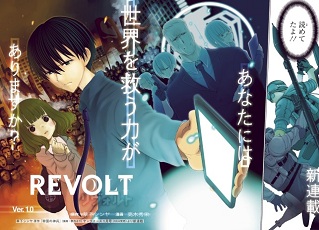 After his father died, Naruse Akira retreated into video games, and his mother retreated into alcohol. Naruse plays games almost all the time, getting him in trouble at his private school and worrying his childhood friend Hoju. He's incredibly good at war games because he is good at reading his opponents.

One day, he ends up downloading a strange game called "Revolt" onto his phone. It's a game that has him orchestrate a revolution, and the graphics seem incredibly life-like. At the end, he learns that he was actually giving real-world orders, and that the game was part of a scouting process for a company that helps to run revolutions. Now they want him to be their commander and help them save the world! 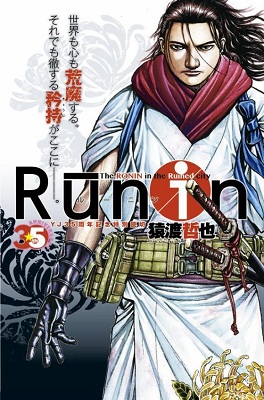 Humankind ignored Earth's screams of pain. The result: devastating earthquakes and unknown viruses brought the human population to their knees. As money became as worthless as a piece of paper, people turned to war and violence as a means to survive. Nuclear war was the inevitable conclusion to the loss of civilization.

Our story begins in the ruins of Manhattan, now only a decaying mass of the rotting dead and the rampant wilderness. Thieves and murderers run free as if they rule the land under the banner of "survival of the fittest." One of the last living survivors of the Japanese race, Takeru, trains under his master in the ways of the Japanese samurai to bring justice and peace to his friends and family. 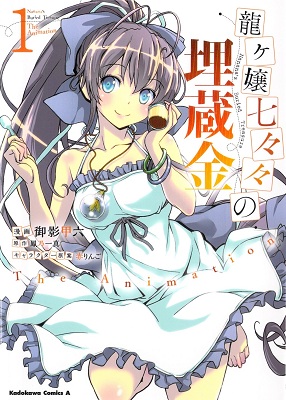 The man-made island of Nanaejima houses a population mostly consisting of high school students. The island is equipped with state-of-the-art research facilities that are open to all students on the island.

Juugo Yama was exiled from his home and forcibly sent to the island of Nanaejima to attend the local high school. With a limited budget, he chose the cheapest apartment he could find, but there was a catch. The apartment is haunted by Nanana, a girl that was murdered in the room. Nowhere else to go, he will now have to live with his ghostly roommate and venture into the world of treasure hunting with his classmates in order to release Nanana. 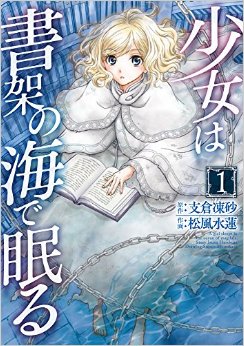 This manga is a spin-off of Magdala de Nemure. Phil is a young man who is in training to run a bookshop. He loves books, and his mentor sends him to a nearby monastery that is said to be in trouble with money, to offer to buy books out of their library. Phil has heard rumors of their library, and is eager to see it for himself in any case. The kid who answers the door, however, refuses to let him enter. After he finally makes it inside the monastery, he finds that tragedy seems to have struck the fellowship and that 'kid' is actually a beautiful girl who seems to be a noble. Things are more complicated than they seem, and it looks like Phil is going to be in over his head! 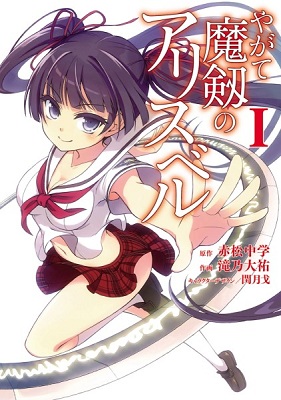 Seiji Harada usually avoids girls due to the fact that he believes that they are the source of all problems. As he enters his high school years, he is forced to join an all-girl school that recently began admitting male students. Now surrounded by all girls, he begins to realize that all members of this high school possess special powers, including himself.

My opinion:
GNM - Hateshinai Rasen - If you're into sci-fi, clones and mysteries, then this manga hits all those buttons.
REVOLT - Another manga about some type of video game, although this one has an interesting take on it, by using it as a tool to recruit someone.
Rūnin-The RONIN in the Ruined City - If you're in the mood for a post-apocalyptic world with samurais, then you should check out this manga.
Ryuugajou Nanana no Maizoukin - The Animation - If you like a mix of supernatural and school life, then you may like this.
Shoujo wa Shoka no Umi de Nemuru - If you like books and fantasy, then you should check this manga out.
Yagate Maken no Alicebell - However, if you like ecchi manga filled with lots of girls, then you may want to read this manga instead.

If you haven't done so already, check out the scanlations of the manga from previous shout outs which have been recently scanlated: action fantasy Black Clover (MH link), detective mystery Meitantei Marnie (MH link).