Like us on Facebook, follow us on Twitter! Check out our new tumblr page. :)
Manga News: Toriko has come to an end; but be sure to swing by and share your favourite moments from the series!
Manhwa & Manhua News: Check out the new Manhwa and Manhua shout-out (March 2016).
Event News: One Piece Awardshas concluded. Check the results Here!
MangaHelpers > Manga > Browse > Doll's Folklore
Home
Chapters
Translations
RSS 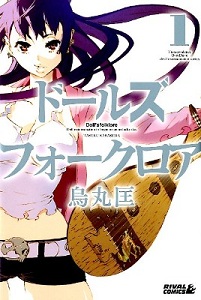 The sole survivor and witness to the serial kidnapping case that drew national attention 10 years ago was Oyamada Yusuke. In the end, a total of 108 children vanished into thin air and the case remains unsolved. Since that incident, Yusuke has been able to see evil spirits and has been attempting to seclude himself from society. But one day, he meets Kanon, a member of the anti-doll organization. She explains that the spirits that he has been seeing are called dolls and are the manifestation of people’s incredibly strong emotions. Yusuke accidentally releases a doll named Masaki that even the organization had to resort to simply imprisoning her instead of destroying her. However, Yusuke learns that Masaki has a connection to the kidnapping case that he was involved in years ago! [vyc]