Like us on Facebook, follow us on Twitter! Check out our new tumblr page. :)
Manga News: Toriko has come to an end; but be sure to swing by and share your favourite moments from the series!
Manhwa & Manhua News: Check out the new Manhwa and Manhua shout-out (March 2016).
Event News: One Piece Awardshas concluded. Check the results Here!
MangaHelpers > Manga > Browse > To Aru Majutsu no Index
Home
Chapters
Translations
RSS

To Aru Majutsu no Index 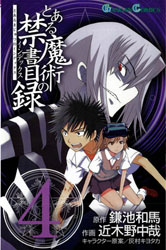 The story is set in a world where supernatural powers exist through science, and magic exists through religion.
In the story, Tōma Kamijō is an ordinary high school boy with terrible academic scores and a power called Imagine Breaker. Imagine Breaker can defeat any other power, but it also undermines Kamijō's own good luck. His Imagine Breaker's immense strength is literally immeasurable, so hapless Kamijō is listed at the supernatural level of 0. He happens to meet a girl in white hanging off his window balcony. The girl says she is being chased by sorcerers, and Kamijō learns that the girl is a Church of England nun whose memories have been forcibly replaced by Index-Librorum-Prohibitorum — the 103,000 forbidden texts of the Church.