Like us on Facebook, follow us on Twitter! Check out our new tumblr page. :)
Manga News: Toriko has come to an end; but be sure to swing by and share your favourite moments from the series!
Manhwa & Manhua News: Check out the new Manhwa and Manhua shout-out (March 2016).
Event News: One Piece Awardshas concluded. Check the results Here!
MangaHelpers > News > Shout-Outs > Manga Shouts! Hare Guu!
Homepage
Details
Archives

+ posted by njt in Shout-Outs on Jun 19, 2008 04:39
From the Shouts Workshop forum I picked this Shout to announce. It's in need of a translator AND scanlator. The art looks cute but don't let me talk about it, check out what pirate-hitman:L has to say:

I am sure many people have heard of the anime Jungle Wa Itsumo Hare Nochi Guu (Hare+Guu for us American fans). It was based on the manga by Renjuro Kindanichi. However, a second manga series began that is not animated. This is known as Hare Guu: 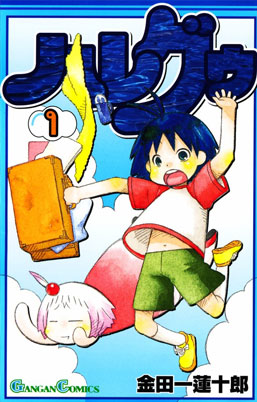 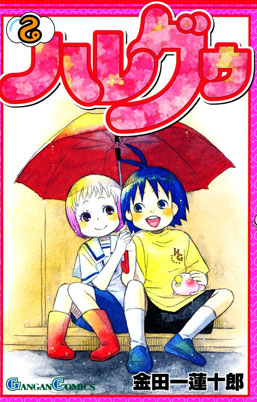 Japanese:ハレグゥ
English:Hare Guu
Genre: Comedy, Action, Adventure
Description of Hare Guu: Hare, a 13 year-old, lives in the jungle with his alcohol-loving mother, Weda, his lecherous father, Dr.Clive, and his baby brother, Ame. Of course, there is also Guu. Guu is...a monster. When she eats something-or someone-they are transported to another world inside her stomach, populated by Shinichi, Tomoyo, and Miss Yamada. Hare is the only one who notices how strange Guu is. Guu, of course, uses this to her advantage.
There are many other characters in the series, including some living in the city. There are also some we have not met, but are in the raws.

Art: The art is plain and simple, but charming. It does take a little getting used to, but the drawings seem to improve every chapter.

Images From the Manga: 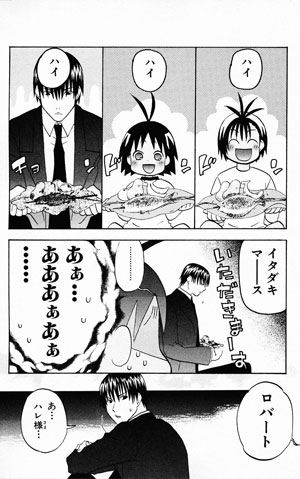 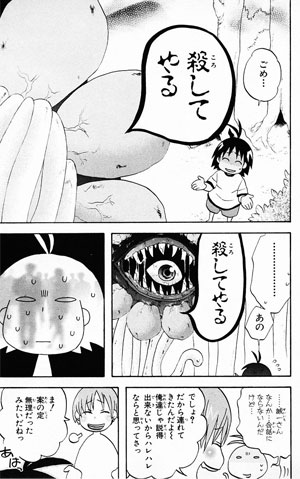 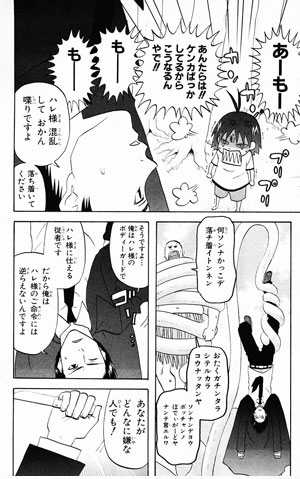 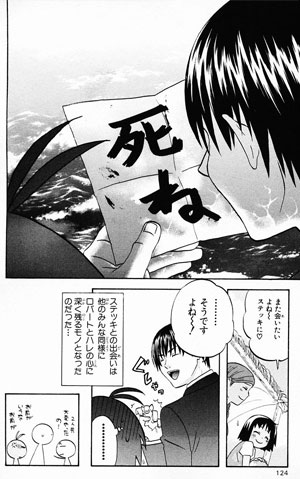 Thoughts: I have wanted to read this for quite a while now. There seems to be a plot, and since the anime ended with a cliffhanger, I hope others are hungry for the conclusion. Who knows? It could be a big hit.

So, will anyone help?
Thanks in advance.

This manga has a Shouts Workshop Leader! Go to this thread and either help promote the series by making a sig, translating or scanlating it! Thanks!

[Permalink]
The link is dead, njt.

[Permalink]
I enjoyed the anime a lot. I was sad at the cliff hanger ending as well. does this pick up where it left off? If this was scantilated I would read it because Guu is awesome like that.