Like us on Facebook, follow us on Twitter! Check out our new tumblr page. :)
Manga News: Toriko has come to an end; but be sure to swing by and share your favourite moments from the series!
Manhwa & Manhua News: Check out the new Manhwa and Manhua shout-out (March 2016).
Event News: One Piece Awardshas concluded. Check the results Here!
MangaHelpers > News > Anime/Manga News > Animanga in the News: 12/24 - 12/30
Homepage
Details
Archives

Hello everyone! Are you ready to take on the new year? Let's look forward to it~
This week in the animanga news we have the winners of Tokyo anime awards, 4 new anime adaptions announced, the return of Rurouni Kenshin and many more exciting news. To find out, read more!~

Rurouni Kenshin Manga Series to Return in Japan in May 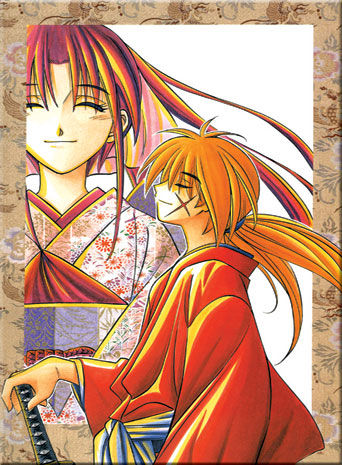 Manga creator Nobuhiro Watsuki will be resuming his Rurouni Kenshin series for a brief run starting in the June issue of Shueisha's Jump Square magazine, which will ship on May 2, 2012. The magazine's advertising describes the samurai manga's return as a "reboot," although the magazine may not be using the term with the English denotation in mind. More details will be in upcoming issues of Jump Square.

In the meantime, Watsuki is putting his current manga series, Embalming - The Another Tale of Frankenstein, on hiatus as of the March issue of Jump Square magazine, which will ship in February. Embalming will return in the fall. This manga has been running in Jump Square since its inaugural issue in 2007.

Keishi Ōtomo's live-action Rurouni Kenshin film will open in Japan on August 25, 2012. The first half of the new Rurouni Kenshin: Shin Kyoto-Hen anime project just opened in two theaters last week, and the second half is slated to be completed next summer. Viz Media publishes the manga in North America. 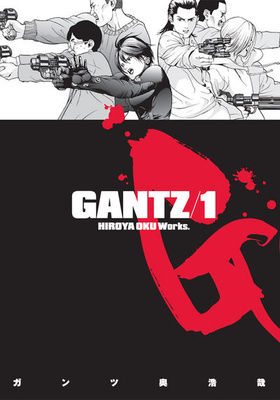 In the authors' notes section for next year's combined 6th/7th issue of Shueisha's Young Jump magazine, Hiroya Oku wrote that he wants to draw the ending for his Gantz manga in 2012. The magazine issue's official release date is January 4.

The manga follows a young Tokyo man who is reanimated after a deadly subway accident. Kei and other resurrected people go on violent, seemingly endless missions at the behest of an unseen host. 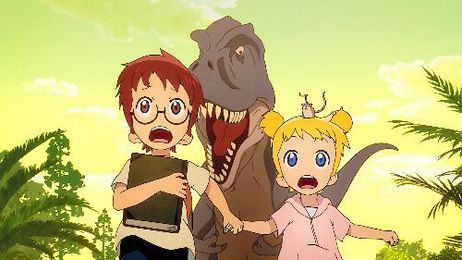 More than 30 films to hit theaters in Japan next year

The Japanese anime news website Anime Anime Biz posted a list of movie titles and dates that the films will be released theatrically in Japan in 2012. In addition to the below list, the site notes that an Anpanman and a Precure film are released each year in summer and fall respectively, although these films for 2012 have not yet been formally announced. 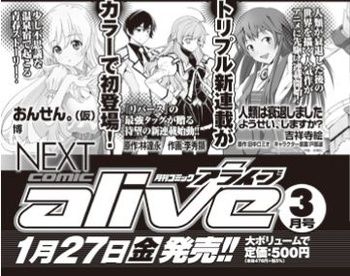 Lim and Lee also worked together on the Re:Birth —The Lunatic Taker— fantasy manga, which they launched in Monthly Comic Alive in 2009. The manga ended its run in the magazine in September. Infinity Studios released Unbalance Unbalance in North America.

Lim and Kwang-Hyun Kim's Freezing manga inspired a television anime series earlier this year. Funimation simulcast the series as it aired in Japan. 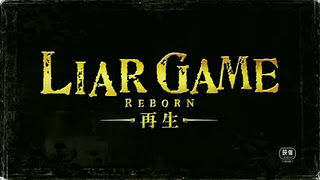 In the original manga, a woman named Nao Kanzaki is caught in a dangerous high-stakes competition known as "Liar Game," and a genius con artist named Shinichi Akiyama (Matsuda) comes to Kanzaki's aid. The second film is set two years after the first, as the Liar Game organization starts a new game to seek vengeance. 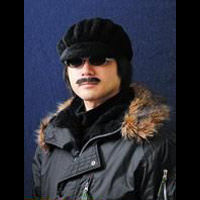 The game developer Abel announced on Monday that its founder, game creator Hiroyuki Kanno, passed away on December 19 due to cerebral infarction and brain hemorrhage. His many works included Kono Yo no Hate de Koi o Utau Shōjo YU-NO, Desire, Xenon, and EVE burst error. 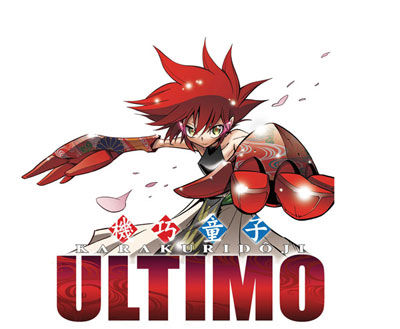 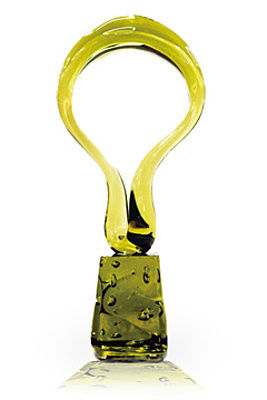 The executive committee of the Tokyo International Anime Fair announced the winners of the 8th Annual Awards of Merit in the Tokyo Anime Awards on Tuesday. Since 2005, these awards have honored pioneers in Japanese animation — not just in production, but also in training, international cultural exchange, and other areas.

The awards ceremony will take place during the Tokyo International Anime Fair, which runs from March 22 to March 25 at the Tokyo Big Sight event center.

Scriptwriter
Haruya Yamazaki (passed away in 2002)

Art Director
Mitsuki Nakamura (passed away on May 16) 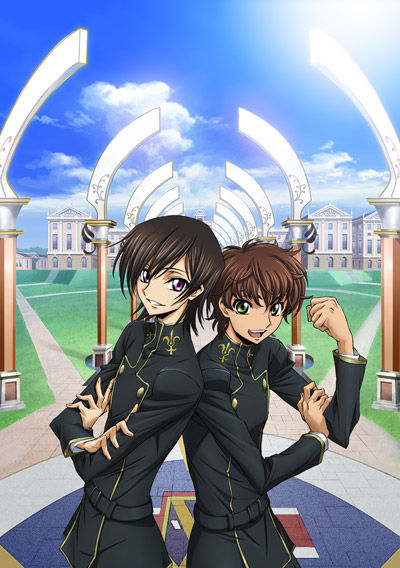 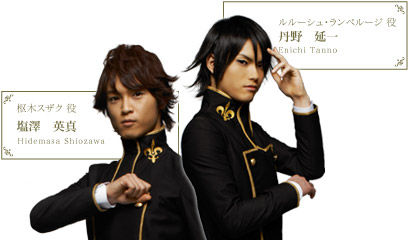 The website also revealed the story of the play, and indicated that the story's timeframe is set in the anime's episode 9 or later.

The play will run for 13 performances at the Mozart Hall at Tokyo's Katsushika Symphony Hills from April 7 to April 16. 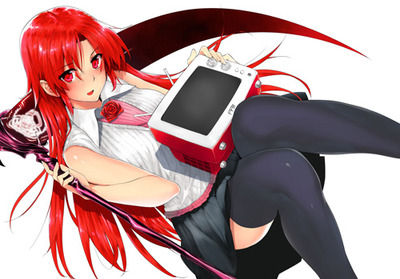 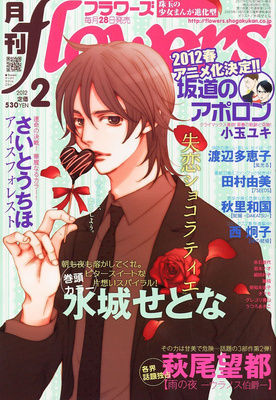 The February issue of Shogakukan's Monthly Flowers shōjo magazine is announcing on Wednesday that an anime adaptation of Yuki Kodama's Sakamichi no Apollon manga has been green-lit for next spring.

The coming-of-age story of "love, friendship, and music" follows a naive boy and a scruffy boy in a provincial town in Nagasaki Prefecture in the late 1960s. In the early summer of 1966, Kaoru transfers to the local high school from Yokosuka. Thanks to his family's nearly constant cycle of moving from town to town, Kaoru has only known school as a difficult place for readjusting everytime. However, on his first day at this new school, he meets a boy and begins a new direction in life.

The manga launched in Monthly Flowers in 2007, and the eighth volume shipped last month. According to the February issue of Monthly Flowers, the story will end in the next issue. 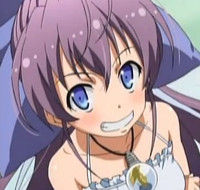 The anime studio A-1 Pictures produced and released a 3-minute promotional video for Kazuma Ōtorino's Ryūgajō Nanana no Maizōkin (Nanana's Buried Treasure) on Monday — one month before the novel itself will be published on January 30. The novel won the top prize in the 13th Enterbrain Entertainment Awards in September, and Enterbrain's Famitsu Bunko imprint is streaming the promotional video on its web magazine FBonline.

The story centers around the treasure of Nanana, a ghost who was once a beautiful but NEET (Not in Education, Employment or Training) girl. A boy named Jūgo was disowned by his father and forced to transfer to a high school on the "Special Student Zone," an artificial island. With only 40,000 yen (about US$500) a month to live on, Jūgo chooses a low-rent apartment that happens to be haunted by Nanana. Jūgo and members of the school's adventure club join a "treasure hunt royale" on the island for the Nanana Collection, a treasure that possesses a mysterious power.

In addition to the anime video, a manga miniseries will launch in Enterbrain's Weekly Famitsu magazine on January 19. Artist Akaringo is illustrating the original novel, while Naomichi Yamato storyboarded and shot the promotional video.

The Enterbrain Entertainment Awards (Entame Taishō) were created in 1998 to foster new creators in novels and manga. The winner of the editors' special award in the eighth year was Baka and Test - Summon the Beasts. A-1 Pictures' numerous other works include Ano Hi Mita Hana no Namae o Boku-tachi wa Mada Shiranai., Fairy Tail, and Black Butler. 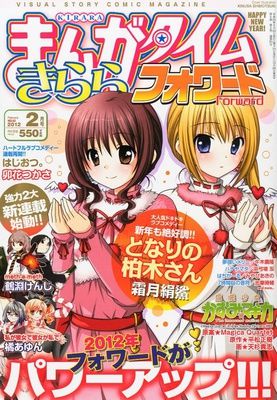 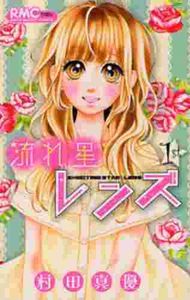 The February issue of Shueisha's Ribon magazine is announcing on Thursday that an anime adaptation of Mayu Murata's Nagareboshi Lens shōjo manga has been green-lit. The story follows Risa, a girl with zero experience in romance. Meanwhile, a boy named Yūgure is the most popular student in Risa's school year. Even though the two have had no contact with each other in the past, they find themselves at school at the same time one night.

The Nagareboshi Lens anime and another anime announced in the same February issue of Ribon, Marimo no Hana, will be screened at Ribon Haru no Event, a free event to be held in four locations throughout Japan in the spring.

The manga launched in Ribon this year, and the second volume is shipping this month. 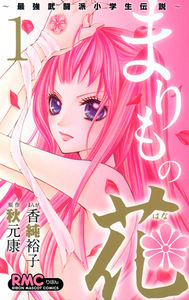 The February issue of Shueisha's Ribon magazine is announcing on Thursday that an anime adaptation of Yūko Kasumi and Yasushi Akimoto's Marimo no Hana: Saikyō Butō Shōgakusei Densetsu shōjo manga has been green-lit. Akimoto is best known for creating and producing the all-female idol group AKB48.

The story of the manga centers around Marimo Nogami, a usually quiet fourth-grade girl in elementary school. However, a certain incident leads to Marimo's personal strength blossoming.

The Marimo no Hana anime and another anime announced in the same February issue of Ribon, Nagareboshi Lens, will be screened at Ribon Haru no Event, a free event to be held in four locations throughout Japan in the spring.

The Marimo no Hana manga launched in Ribon last year, and the third volume is shipping this month.

In addition, Kawasumi will appear on the cover, the opening pages, and the pin-up poster in the magazine's combined 5th/6th issue, which will ship on January 4. According to the Nikkan Sports newspaper, it will be the first time that Shogakukan, which is celebrating its 90th anniversary next year, has put a female athlete on the cover of a manga magazine. The same issue will have an interview with Kawasumi.

The publisher Shogakukan posted Vivian Wijaya's Kokkyonaki Gakuen (Campus Dwellers Without Borders) manga on its Club Sunday website on November 4. According to The Japan Times paper, Wijaya's slice-of-life comedy story is the first Japanese manga by an Indonesian female author. Shogakukan also states that the work is the first simultaneous trilingual publication of a comic in Japanese, English, and Indonesian.

The manga follows 15-year-old Hajime Tomono as he adjusts to cultural gaps while attending a boarding school with students from more than 50 countries. Wijaya, also known under the pen name DrVee, used her personal experiences as a high school student in the United Kingdom to compose the story.

Born in Tokyo, Wijaya loved manga since childhood, but her doctor family discouraged her from pursuing a career as a manga artist. Unsatisfied with her job as a medical doctor, Wijaya attended the Jakarta-based Machiko Manga School and Tokyo's Nippon Designers School to pursue her dream. After graduation, Wijaya's teachers told the aspiring author that she had little chance of becoming a successful manga artist. However, Wijaya served an apprenticeship with the Hayate the Combat Butler manga creator Kenjirou Hata that helped her to improve and commercialize her works. The Indonesian manga creator's next project will target high school students, according to The Japan Times.

Kokkyonaki Gakuen's first chapter will be available on Shogakukan's Club Sunday site in Japanese, English, and Indonesian until January 5, 2012. 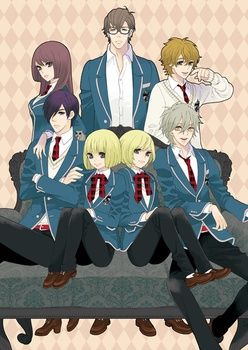 The Kisshō7 -seven- school comedy manga takes place at a high school in Kichioji, Tokyo, and revolves around the rumored "Kisshō7" (Lucky 7), the seven beautiful student council members of the school.

Voice actor Yuuji Kishi and voice actress Mika Kikuchi separately announced their divorce on Thursday. The two had gotten engaged in October of 2009 and then married on December 16 of that year. Kishi said on Thursday that he wants to devote himself to acting, and Kikuchi said that she will strive to do her best on her future work as she has done before.

CLAMP had drawn wedding pictures of the characters Fuuma and Mokona in 2009, since Kishi had played Fuuma in the Tsubasa video projects.

If you would like to help in finding and translating news of this nature, please contact any staff. ^^

5 members and 1 guests have thanked Zeltrax for this news

[Permalink]
Yep! I'll be lying if I say I won't miss it.
But I'm looking forward to its end and conclusion.