Like us on Facebook, follow us on Twitter! Check out our new tumblr page. :)
Manga News: Toriko has come to an end; but be sure to swing by and share your favourite moments from the series!
Manhwa & Manhua News: Check out the new Manhwa and Manhua shout-out (March 2016).
Event News: One Piece Awardshas concluded. Check the results Here!
MangaHelpers > News > Shout-Outs > Mangahelpers Featured Manga: 1/26 - 2/9
Homepage
Details
Archives

Hello everyone!! I would like to welcome and introduce all of you to our 'new' Featured Manga News Post. Well, truth be told, it's not exactly new. We did have a similar feature way back in 2007-2008. But hey, that was a long time ago so it might as well be new, right? :D

Every two weeks (2nd and 4th Wednesday of the month) we will be featuring a couple of series that we think you all will enjoy and/or could use some love discussion wise. They will range from popular series to smaller lesser known series to newer series that show some potential to some oldies. Basically, we are going to try and use a wide variety of titles in order to find a nice mix of manga. Along with this news post, these series will be stuck on their respective demographic boards. So be sure to check them out if you haven't and go discuss them if you have!

If anyone stumbles upon some great series that are not widely heard in particular, and you would like to give them some promotion - please feel free to post your suggestions together with a proper summary for the series, your personal thoughts on what you find to be special about them, as well as some screenshots from them within the "Featured Manga News Post Suggestions" threads stuck in each demographic board. We will definitely look into them and include them in our future posts as seen appropriate. :)

Before we begin though, I will like to point out the logo above. It was created by ~coffee~: one of our in house artists and regular participant in our Signature contests. You can check out some of his work here. Thanks a bunch, ~coffee~. :thumbs

Now, let's move onto the series we have selected for the first week!!!

Karasumori (カラス森, Crow Forest) is the land in which an ancient, powerful, childlike land lord is sealed. Hazama Tokimori, founder of the Hazama-Ryu Kekkai technique, entrusted both the Sumimura and Yukimura clans, legitimate successors of the Hazama clan, to defend this land from Ayakashi for many generations. However, the mystery of Karasumori, the ayakashi who constantly pursue it, and even the kekkaishi tradition, is a secret shame that Hazama carried alone for centuries, awaiting the arrival of a kekkaishi talented enough to help him lift an endless curse

Which secrets lay within Karasumori and the land lord? Which positions do these two clans take? The only way to know the answer is to find out by yourself.

What if there is someplace other than this world? For the easygoing Highschooler Rikugou Tokidoki, this was never much of a thought until his poor grades forced him to go on a trip to a museum that uses an interactive virtual reality system to recreate the Edo period. While inside the virtual reality world, he is attacked by a creature called a "nue" and finds himself stuck in the virtual world! Unable to leave, he quickly adapts to the situation with the help of the various interesting characters he meets; both human and youkai alike. Will he ultimately find his way back to the real world or choose the world of Amatsuki?

Vintagemistakes Recommendation:
The story can be a bit confusing at times as it borrows heavily upon Buddhism and both Japanese folklore and history. But this shouldn't detour anyone from reading it. Everything is well incorporated into the plot and always seems to make sense down the line. The art work is absolutely gorgeous and fits both the characters and the tone of the story perfectly.

For those that like Anime, there was a 13 episode series in 2008 produced by Studio DEEN that is definitely worth checking out.
------ Manga information -------- 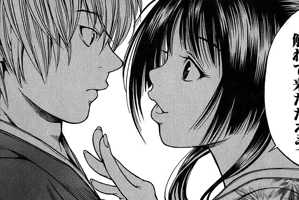 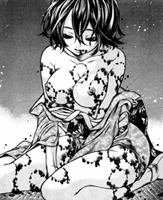 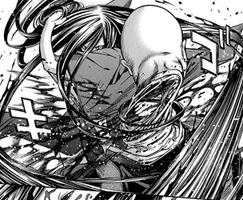 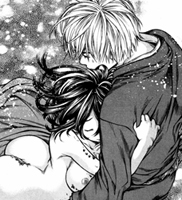 The story is settled in Japan's old period – Yamada Kojiro; a hot-blooded, friendly officer who stands against all things undisciplined, was conducting a crime investigation involving brutal murder of women and a mysterious appearance on the bride’s bridge, he encountered Yoshiwara Shiro; a somewhat absent-mindedly seductive and extremely laid-back umbrella craftsman who seems to hold some kind of a mysterious past. The contradiction in the manners of the two begins to attract them to one another, which consequently leads to the revelation of Shiro’s true identity, and takes them to the root of some inhuman, dark crime in the city afterwards.

Yabe's Recommendation:
Although the manga is serialized in a Shoujo magazine, its content actually fits as a Shounen ai series - but don’t toss it away just from knowing that because Adekan’s action scenes and mysteries are far from inferior to some average Shounen series. The fun aside, the manga goes to a considerable depth involving the dark side of the world. It has several characters who provide more fun and interest to the story later on, and besides its general humor which in my opinion being delivered at the right moment most of the time (so they often caught me in a good laugh); if you are not familiar with Shounen ai or Boys Love scenes as I am, those scenes that are in this series can turn out to be seriously amusing!
--------- Manga information ---------- 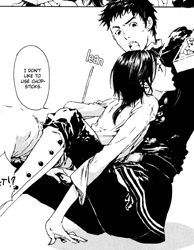 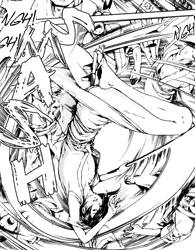 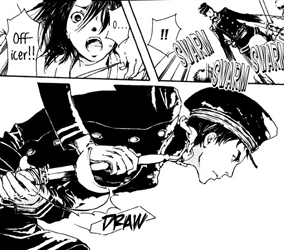 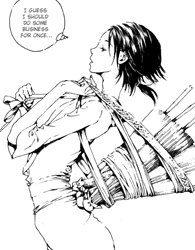 [Permalink]
Tukiji's artwork really is beautiful and it carries over into the manga pretty well. There is soo much detail and intricate little parts. Its quite amazing to me that someone has that much patience. :)

[Permalink]
Thanks for amatsuki, gonna check it out!

[Permalink]
Ateya looks amazing :O (plus the adult action is a plus) :3