Like us on Facebook, follow us on Twitter! Check out our new tumblr page. :)
Manga News: Toriko has come to an end; but be sure to swing by and share your favourite moments from the series!
Manhwa & Manhua News: Check out the new Manhwa and Manhua shout-out (March 2016).
Event News: One Piece Awardshas concluded. Check the results Here!
MangaHelpers > News > Shout-Outs > New Manga Shout Out: 6/6/11 - 6/12/11
Homepage
Details
Archives

Welcome to the next New Manga Shout Out. With the no-raws/scans rule on MH, you have to work a bit to find these mangas. This week features a girl who can see spirits, a fox goddess, and a Japanese dragon in girl form! Remember, if you like any of the series, favorite them. Don't forget to also thank the various people who feed your manga addiction. ^_^ Translators and Scanlators, please check out these series and see if you can spread some more manga love~ 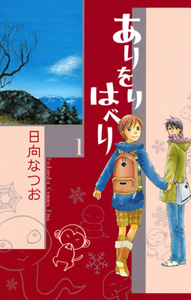 Unlike most people, Tachibana Natsume has seen spirits and gods since she was in middle school. Now Natsume's starting high school, where there are new gods and people to meet! She befriends a little snake god called Misha, and, at the shrine next to the school, a god in the form of a boy called Tatemina. Natsume also meets a classmate, Fujishima Susa, who is the son of the shrine family. However, he can't inherit his father's position, as he has lost the ability to see spirits. Natsume is intrigued by Fujishima and his situation. She meets even more friends in the geography/history club, which studies the gods and history of the area around their school. Between the natural and the supernatural, it looks like Natsume is going to have an interesting high school life! 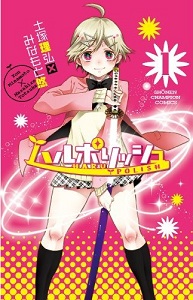 Haru Okamoto, a teenage girl who adores katanas, is just now entering high school. When she was little, she happened upon a katana in her grandparents' house. In their haste to get the blade from her, they agreed that when she was an adult, the katana would be hers. However, to her dismay, they do not agree that a 15-year-old, immature, excitable Haru is an adult! Luckily, she finds another outlet for her love of Japanese swords, the almost-defunct high school Iaido club! As Haru searches for new club members and tries to get over her fear of boys, she will become aware that her affinity for Japanese swords has a deeper source than she could have imagined! 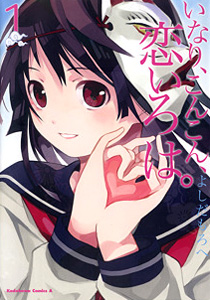 Fushimi Inari has a hopeless crush on her classmate Tanbabashi. One day, while trying to interact with him, she accidentally humiliates him in front of the whole class. He refuses to accept her apologies, and, to make matters worse, she discovers that he probably has a crush on their incredibly cute classmate Sumizome.

She has all these things in mind when she is summoned by Uka-no-Mitama-no-kami, a pale fox goddess. In return for rescuing a little fox-spirit creature before school that day, the goddess offers to grant a single wish of Inari's. Without thinking, she blurts out that she wants to be Sumizome. As one might expect, this wish does not go nearly as well as Inari had hoped, and the kindly goddess breaks a goddess-rule to give Inari the ability to change herself back. Now, Inari can change her own shape at will, and using her new skill is very tempting as she keeps trying to win Tanbabashi's heart. But if Inari flaunts her ability, both she and the goddess might end up in trouble with Amaterasu! 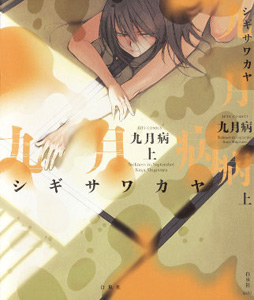 After his lover left him, Isaka Hiroshi started up a dysfunctional sexual relationship with his little sister Matsuru. They have now lost their parents and only have each other left. Matsuru has a really low regard for herself, but she loves and depends on her brother. Hiroshi has a career to think about, not to mention that he's still hung up on his ex, Sachi. Will the two of them be able to find their own way towards happiness? 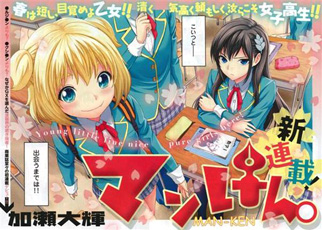 Higasa Sachi is cute, smart, good at sports, and is quite popular. However, she has little time or interest in being social, since she is secretly working to launch her career as a mangaka. Her life changes due to Toyozaki Alice, her French-Japanese otaku classmate. Alice draws manga constantly, cheerfully not caring about whether or not she's particularly skilled. When a bullying classmate destroys some of Alice's work, Sachi finds herself standing up for the girl. Afterward, Alice seems to think that they're friends, and she drags Sachi into the school's manga club. Sachi doesn't have time for this kind of school life, but she doesn't seem to have much of a choice... 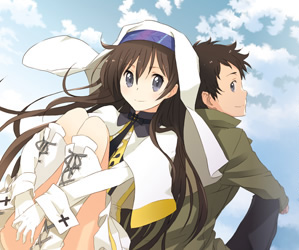 There is a strange disease that causes people to have spontaneous episodes where they lose touch with reality and behave as if they're living in their own fantasy world. It's currently a manageable condition, as the sufferers just need someone to watch after them. If they have an episode, the monitor makes sure nothing happens to the dreamer or anyone else. Nakanishi Kei runs into someone with this daydreaming illness, a young woman who insists he's "Pierrot the Ripper" on meeting him and drags him into her wild dream scenario. Even after her scene ends, she seems determined to inject herself into his life... 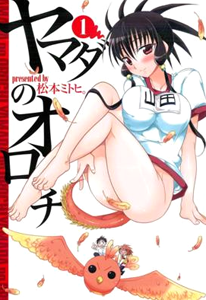 Ono Sasuke has gone to high school and started living on his own, near his childhood friend Yomi. Soon after he moves in, a naked, voluptuous girl appears in his room! She says that she is Yamata no Orochi, the legendary Japanese dragon in human form, and her wild claim is supported by the existence of her dragon-tail. She believes that Sasuke is the descendant of the legendary Susanoo, and she's come to live with him as a human girl!

Sasuke names the girl Yamada-san, and now he has to figure out how to handle having her in his life. He'll have to find some way to explain her to his friend Yomi, and to keep her occupied while he and Yomi attend school. At his school, a bizarre classmate in a club dedicated to the study of Yamata no Orochi might cause problems in the future. He's also got to figure out what's causing Yamada to occasionally change into a tailless child form. What's more, Yamada's trying to learn to become a good woman for Sasuke from dubious 'reading material' found in the boy's room. Sasuke's life will never be the same!

=======================================================
Note to all scanlators: If you recently started scanlating a new manga series (with about 5 or less chapters released) and would like your manga to be shouted out in the next New Manga Shout Out, then please PM me. Please include:
This is what tethysdust said this week:
Quote:
Inari Kon Kon Koi Iroha was a pretty fun story with some very nice art. It reminded me a little bit of "The Girl who Could Jump Through Time", except with fantasy. Give a girl a power she probably shouldn't abuse, and watch her go for it! Kugatsu Byou was the most serious manga of the bunch, though the story is kinda messed up.
Here's a note from vyc:
Quote:
~none this week since he's celebrating his birthday~
Wish him a happy b-day, everyone~ ^_^
My opinion:
This week we have a lot of supernatural/goddess-type stories. I liked almost all of the series this week.Ari o Rihaberi really reminds me of Natsume Yuujin Chou. I'd wanna check out Haru Polish since I enjoyed Bamboo Blade. Inari, Konkon, Koi Iroha. sounds cute and I'd want to see how she wins over her crush's heart. Another manga about mangakas, let's hope Man-ken shows us an interesting story about becoming one. Sorairo Pandemic has an interesting topic since it features a manga where a disease seems to be accepted. Yamada no Orochi sounds perfect for those who like ecchi.