Like us on Facebook, follow us on Twitter! Check out our new tumblr page. :)
Manga News: Toriko has come to an end; but be sure to swing by and share your favourite moments from the series!
Manhwa & Manhua News: Check out the new Manhwa and Manhua shout-out (March 2016).
Event News: One Piece Awardshas concluded. Check the results Here!
MangaHelpers > News > Shout-Outs > New Manga Shout Out: 4/5/10 - 4/11/10
Homepage
Details
Archives

Welcome to the next New Manga Shout Out. It was pretty slow this week... Remember, if you like any of the series, favorite them. Don't forget to also thank the various translators, raw uploaders/scanners and scanlators who feed your manga addiction. ^_^ Translators and Scanlators, please check out these series and see if you can spread some more manga love~ 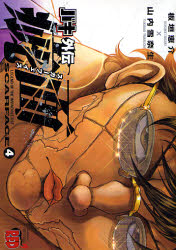 Another story in the Baki world, this series follows legendary fighter Kaoru Hanayama's story. Kaoru Hanayama, of the Hanayama yakuza, is a giant of a man. He has mean-looking eyes, enormous muscles, and scars crossing his face like a map. He smokes, drinks from broken bottles, and fights with his bare hands. On top of all that, he's only 19 years old! This series chronicles his yakuza adventures, including his fights, jailtime, and other situations he encounters in his daily life. 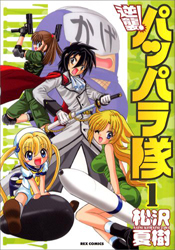 Izuru is on the run after his little sister Ranje defeated him and stole his imperial throne. When rebels shoot down Izuru's private jet, he finds himself captured by the lively insurgent Pappara Army! The Pappara army is just a small group on a tiny island, but they've been able to withstand the might of the empire so far. Most notable among the rebels are three pretty, violent sisters, Riku, Sora, and Umi, who each have their own quirks and strategies for fighting the empire. Together with the three cute sisters and their soldiers, Izuru will continue to fight the Empress Ranje! 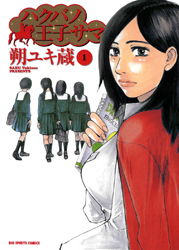 Ozu Kotarou (25) recently changed his career from a white collar worker to a high school teacher. His new workplace is at Odawara High School, a girls only school. He starts off his first day by leaving a significant impression on the entire school by announcing that he has no interest in younger girls, especially under age girls. Kotarou is assigned to assist Hara Takako, a fellow teacher, until he gets experience teaching. Hara is a beautiful 32 year old woman but is insecure about being single and is worried about her future. How will the relationship between these two people develop as they start working closely together? Hakuba no Oujisama is a must read for any romance genre lover. 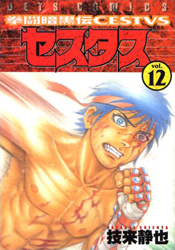 The setting is the Roman empire, at a time when Colosseum boxing was a popular sport to watch amongst the nobles. One 15-year-old slave, Cestus, is chosen to be a boxer. He's not particularly big and muscular like some of the others, but he's fast and well-trained. The owner of Cestus and his slave companions has determined that anyone who loses a fight will lose their life, but he has also promised to free anyone who wins 100 fights. Will Cestus be able to win his freedom in the Roman arena? 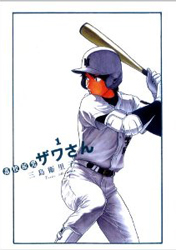 A Slice-of-Life, Comedy, Sports manga about a girl, often called as Zawa (short for her surname, Miyakozawa), in a high-school baseball team. She's talented, but being a girl, she doesn't get to participate in any official matches, and yet she trains just as hard as the rest of the team anyway, just for her own personal satisfaction.

Chapters are short and frequently done from the perspective of some passer-by/s interacting with or even just watching and contemplating to themselves about Zawa and/or the rest of the baseball team. 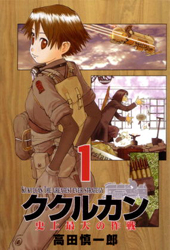 Yujin Lipton is a new soldier assigned to a special unit – and she’s disguising herself as a man. Even though the forces are integrated (and her commanding officer is a woman) she’s still in disguise, and working hard to keep the secret despite the fact that her roommate (male) and her doctor (female) both know her secret. The question is, why? 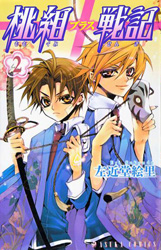 Noshii, a transfer student to Ai-Zho Private School, has an incredible power - He is actually the reincarnation of a Japanese hero, Momotarō. He must break the curse that was set upon him by 7 devils in his previous life, a curse that will bring misfortune to him and his friends, and kill him on his 18th birthday unless he kills the 7 devils before then. Three guardians with super powers and masks showed up to protect Noshii but how far can Noshii live before his time is up? 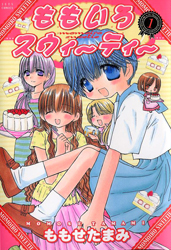 A 4-koma style manga about the daily life of a household of three young women. The youngest is Natsumi, a cheerful and energetic 15-year-old high school student. Next is the housekeeper, 22-year-old Saeko, who's mischievous but generally good at her job. Last of all is Natsumi's beautiful, loving, 31-year-old mother Haruka, who is a dentist. Enjoy the antics of daily life in their home, in addition to Natsumi's high school experiences. 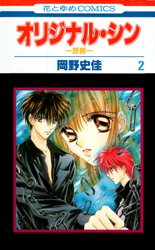 Going back to when she was an infant, whenever Miori had something bad happen to her or something go wrong, a boy a few years older would suddenly appear and save her. She doesn’t even know who he is, and yet he somehow always appears. And then one day the two of them are thrown together at school and she discovers that his name is Haruka, and he has shadows all over his past but he knows that he’s supposed to protect Miori… 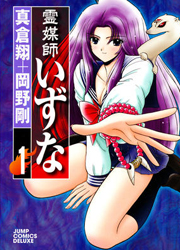 Izuna Hazuki is a 17 year old high school Itako, a group of people in tune with spirits, that works in the city as a Reibaishi. There are evil spirits in the world that take advantage of people’s insecurities, emotional stress and weakness. These evil spirits take over people and enhance their negative energy, eventually harming themselves and the people around them. Some evil spirits make young girls looking to be in the spotlight into arsonists and other spirits tap into men’s sexual desires to make them into monsters. Izuna’s job is to use her ability as a Reibaishi and remove the spirits that are taking advantage of humans. Using her Kuda, a fox like spirit pet that detects and destroys evil spirits, and her own abilities, Izuna shines the light in the darkness between fantasy and reality. The creators of Jigoku Sensei Nube (Hell Teacher Nube) does a great job with this spinoff series and is a must read.

=======================================================
Note to all scanlators: If you recently started scanlating a new manga series (with about 5 or less chapters released) that's hosted on MangaHelpers, and would like your manga to be shouted out in the next New Manga Shout Out, then please PM me. Please include:
This is what tethysdust said this week:
Quote:
Momoiro was actually kinda funny, I enjoyed it more than most 4-koma. I think the humor was a little bit calmer than normal for the medium. Also, Kento Ankokuden Cestus seemed like it would be pretty neat, if you're into Rome and violence.
Only two really piqued my interests. Those were: Hakuba no Oujisama because I'm always on the look out for a nice romance seinen manga, and Kukulcan - Shijousaidai no Sakusen due to the gender bender aspect (a girl soldier pretending to be a guy).

[Permalink]
Hakuba no Oujisama is pretty interesting so far. The art reminds me of Hanazawa Kengo... a rather interesting take on generation gaps and romance that blends the real with the ideal from the perspective of a female mangaka.

You should have totally plugged Self too...

[Permalink]
@ Laika: pnyxtr tried to plug that Hakuba manga to me once
I remember boobs

[Permalink]
Probably the first of these with a series I actually like. Hakuba no Oujisama looks pretty good.

at least someone shown scanlate chapter one of these two series.

Maybe 'Reibaishi Izuna' a supernatural manga can be looked into..but I think the art is too laid back.

[Permalink]
Not much that interested me this week. Ah, well. Can't win 'em all. :3