Like us on Facebook, follow us on Twitter! Check out our new tumblr page. :)
Manga News: Toriko has come to an end; but be sure to swing by and share your favourite moments from the series!
Manhwa & Manhua News: Check out the new Manhwa and Manhua shout-out (March 2016).
Event News: One Piece Awardshas concluded. Check the results Here!
MangaHelpers > News > Shout-Outs > New Manga Shout Out: 7/7/14 - 7/13/14
Homepage
Details
Archives

Welcome to the next New Manga Shout Out. This weekly article introduces you to manga that are new and/or have not been scanlated yet. This week features a little android girl, a magical girl and a restaurant operated by demon staff. Remember, if you like any of the series, favorite them. Don't forget to also thank the various people who feed your manga addiction. ^_^ Translators and Scanlators, please check out these series and see if you can spread some more manga love~ 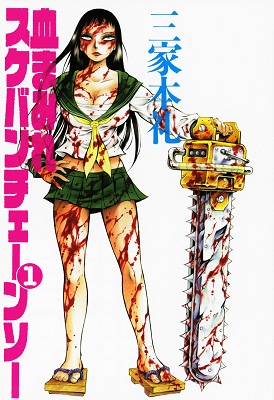 Geeko's weird, creepy, friendless classmate Nero has destroyed all of their mutual classmates, perverting them into her grotesque, monstrous minions. Now she's sending them after Geeko, the only survivor. However, Geeko is setting out, dressed in her skimpy school uniform and armed with a big chainsaw, to end Nero's mad science, no matter how many undead former friends she has to saw down on the way. 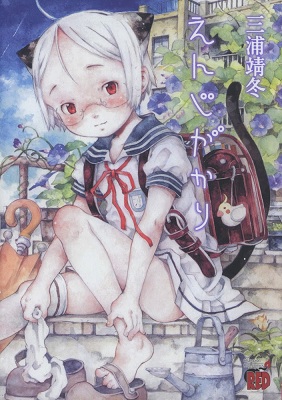 Enji is a cute little android girl with cat ears and a tail. She came from a foreign country to become a student at the same school Ai goes to. Back in the country where she hails from, she has only experienced all-android schools, so this is her first time as a student in a all-human school. Ai Kodama has been assigned as "Enjigakari," meaning that Enji will have to take care of the little android girl and show her the life of a normal human. 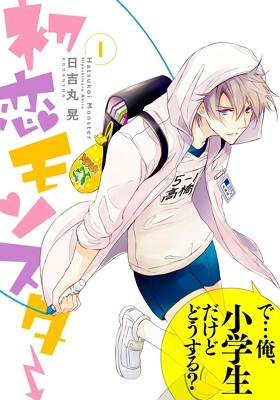 Kaho is a sheltered, lonely girl from a rich family. At 15, she moves into a boarding house in Tokyo to start fresh. On her first day there, a handsome boy rescues her from being hit by a bus, and she develops a crush on him. After she asks him out, though, she learns a few troubling things about him. It turns out that the boy, Kanade, is her new landlord's son, an elementary schooler who has recently lost his mother. Despite her reservations, Kaho decides to stay his girlfriend! 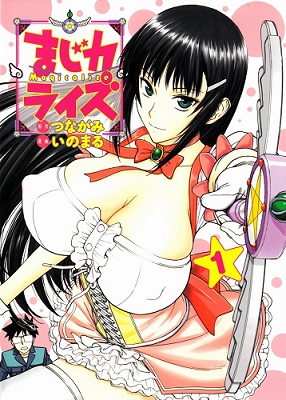 Recently, Maiko has awoken to her magical powers that were asleep inside of her, but she has trouble controlling them. More often than not, she ends up completely naked and either unconscious or unable to move. Maiko's mother has assigned Yaida to be her guardian and mentor to train Maiko to be able to control her powers. Will Yaido be able to train her to control her powers and become a proper magical girl? 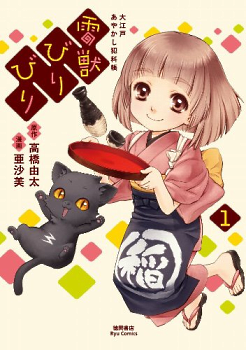 Welcome to "Inatei," a small restaurant staffed by a cute little girl and the ever so reliable mistress of the house. The secret behind the delicious menu at this restaurant lies in the kitchen staff: a wide array of unique demons, ranging from the "Kappa" to a talking fireball. To top it off, the mascot of the store is a little cat-like creature that controls thunder and lightning.

Including Touya, the young hope from the "Youkai Aratamegata" (Government sanctioned demon hunters) watch as the staff of "Inatei" go about their daily lives capturing demons and feeding the growing population of the Edo community. 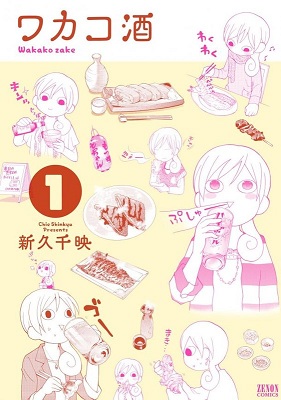 Murasaki Wakako, who is 26 years old, loves going out alone to enjoy eating and drinking, especially when something unpleasant happens at work. This manga follows Wakako through many solitary outings, where she enjoys different combinations of food and drink!

=======================================================
Note to all scanlators: If you recently started scanlating a new manga series (with about 5 or less chapters released) and would like your manga to be shouted out in the next New Manga Shout Out, then please PM me. Please include:
This is what tethysdust said this week:
Quote:
Wakako Zake is a pretty simple story, and I am not sure how many volumes that premise could support. Hatsukoi Monster is actually really innocent so far, and could shape up to be a cute story (as long as it doesn't go in a serious romance direction). Chimamire Sukeban Chainsaw (which is basically Ecchi+Gore) is *emphatically not* my preference at all for manga.
Here's what DrCoke had to say:
Quote:
Enjigakari: Very adorable, but the prolific amount of "fan service" is somewhat bothersome (in my opinion). It definitely does not help that the fan service centers around a little girl... A little pedophilia much?

Raijuu: This manga is so adorable... I couldn't help but let out a few "D'AWWWWW"s. The characters are super adorable and lovable. I recommend this one out of the three I read.

My opinion:
Chimamire Sukeban Chainsaw - If you like horror and ecchi, then check this one out.
Enjigakari - If you are in the mood for a short one volume school life ecchi series then take a look at this series.
Hatsukoi Monster - If you are in the mood for love, then this manga is the one for you.
Magicalize - If you like magical girls and ecchiness, then this is another manga you should read.
Raijuu Biri Biri - Ooedo Ayakashi Hankachou - If you want a supernatural slice of life manga, then you may want to check this one out instead of all the ecchi series featured this week.
Wakako-Zake - If you are a fan of drinking, and want a nice slice of life type manga, then you may like this one instead.


If you haven't done so already, check out the scanlations of the mangas from previous shout outs which have been recently scanlated: sci-fi action γ - Ganma (MH link), historical action Gunjou Senki (MH link).

3 members and 1 guests have thanked c_k for this news