Like us on Facebook, follow us on Twitter! Check out our new tumblr page. :)
Manga News: Toriko has come to an end; but be sure to swing by and share your favourite moments from the series!
Manhwa & Manhua News: Check out the new Manhwa and Manhua shout-out (March 2016).
Event News: One Piece Awardshas concluded. Check the results Here!
MangaHelpers > News > Shout-Outs > New Manga Shout Out: 9/1/14 - 9/7/14
Homepage
Details
Archives

Welcome to the next New Manga Shout Out. This weekly article introduces you to manga that are new and/or have not been scanlated yet. This week features a police detective, a school girl hitman, and a boy with Satan as a pet. Remember, if you like any of the series, favorite them. Don't forget to also thank the various people who feed your manga addiction. ^_^ Translators and Scanlators, please check out these series and see if you can spread some more manga love~ 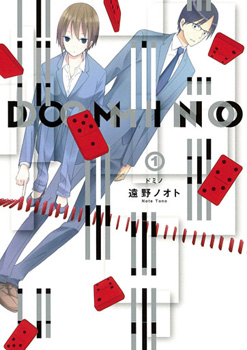 At the scene of a terrible murder, only Todo is able to find the surviving little girl in the closet--his niece Tsubasa. Four years later, Todo and his father are caring for Tsubasa, who no longer speaks, and Todo continues to work as a police detective. He's assigned to a new partner, a young woman with a promising future, Saeki. As Todo and Saeki team up to solve murder cases together, they will also both have to confront their own painful pasts. 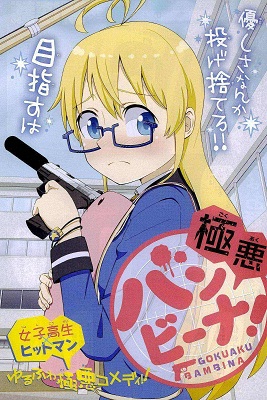 Nina Shirosaki is the daughter of a mafia family. She's determined to become a hitman, but she's so kind and gentle that she has trouble even killing an insect. Now she's on her way to Japan with her father, on mafia business. She begins to attend the local high school, hoping to build her way up to being a hitman by becoming the evil boss of the school. Unfortunately, she soon makes friends with the daughter of a police chief! Will Nina ever succeed in doing something mean, giving her hope for her chances of becoming a hitman? 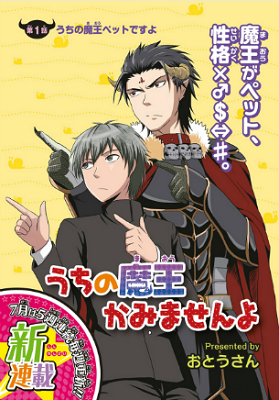 In a world where people have supernatural creatures as pets, a certain family has a pet demon-lord Satan. The main carer of Satan is the son, Yuuhei. From initially coaxing the new Satan out of his pet-carrier, to walking him, playing with his ball, and keeping him from fighting with the neighbor's pet Hero, this is the comedic story of a boy and his Satan.

=======================================================
Note to all scanlators: If you recently started scanlating a new manga series (with about 5 or less chapters released) and would like your manga to be shouted out in the next New Manga Shout Out, then please PM me. Please include:
This is what tethysdust said this week:
Quote:
Both "Uchi no Maou Kamimasen yo" and "Gokuaku Bambina" are really silly, cute comedies, though I'm not sure how much mileage the authors can get out of either premise. "Domino" is the one this week for anyone wanting a more serious story.

My opinion:
Domino - If you're interested in crime/murder mysteries, while learning about the detectives solving them, then you should check out this manga.
Gokuaku Bambina! - If you like comedy about hitman (premise sounds a bit like hitman reborn), then you may like this manga.
Uchi no Maou Kamimasen yoasen yo - If you like the idea of Satan being a pet and are in the mood for comedy, then this may be for you.


If you haven't done so already, check out the scanlations of the mangas from previous shout outs which have been recently scanlated: slice of life comedy Chuugoku Yome Nikki (MH link), sci-fi action manga Hoshi no Ponko to Toufuya Reiko (MH link).