Like us on Facebook, follow us on Twitter! Check out our new tumblr page. :)
Manga News: Toriko has come to an end; but be sure to swing by and share your favourite moments from the series!
Manhwa & Manhua News: Check out the new Manhwa and Manhua shout-out (March 2016).
Event News: One Piece Awardshas concluded. Check the results Here!
MangaHelpers > News > Shout-Outs > New Manga Shout Out: 11/3/14 - 11/9/14
Homepage
Details
Archives

Welcome to the next New Manga Shout Out. This weekly article introduces you to manga that are new and/or have not been scanlated yet. This week features French girls into manga, a guy with a magical package, and a wannabe mangaka. Remember, if you like any of the series, favorite them. Don't forget to also thank the various people who feed your manga addiction. ^_^ Translators and Scanlators, please check out these series and see if you can spread some more manga love~ 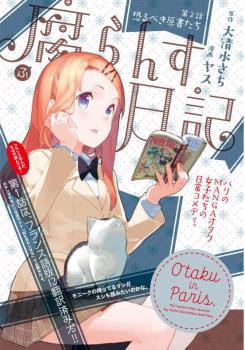 This is the comedic daily life story of four French girls, living in Paris, who are huge fans of Japanese manga! Monique, Amelie, Tricia, and Chloe meet together to read and discuss volumes of popular series that they all love, like L'Attaque des Titans and Fairy Tail. 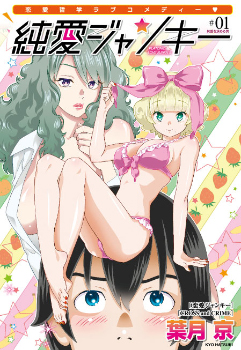 Eiraku Juntaro is a new hire at the Young Challengers weekly magazine publishing house. Young Challengers publishes photos of cute gravure models. Juntaro would like to find pure love, but he unfortunately has a "lucky dick," which grants good fortune to the people he has sex with. When his secret is known, women pursue him not for love, but for the luck he can give them. He encounters girls with various problems, like the gravure model whose career seems limited by her B-cup breasts, and the cabaret girl who dreams of breaking into the entertainment world. 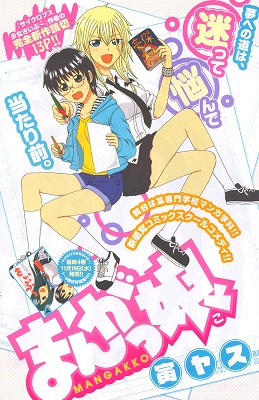 Tachibana Haru is attending a specialized school to train mangaka. She wants to write a hit shounen series, but she doesn't seem to have a good sense of what makes a compelling manga. Her friend and classmate Unabara Natsuki gives her some interesting advice, but what kind of manga will her guidance really lead Haru to produce?

=======================================================
Note to all scanlators: If you recently started scanlating a new manga series (with about 5 or less chapters released) and would like your manga to be shouted out in the next New Manga Shout Out, then please PM me. Please include:
This is what tethysdust said this week:
Quote:
Furansu Nikki was the most memorable of this week's manga. It seems so strange to have a Japanese manga about the perspective of French girls on Japanese otaku culture. Mangakko was very short; it's basically a single joke. Junai Junkies would be for people who want lots of sex and nudity in their manga.


If you haven't done so already, check out the scanlations of the mangas from previous shout outs which have been recently scanlated: ecchi school life comedy Chotto Kawaii Iron Maiden (MH link).