Like us on Facebook, follow us on Twitter! Check out our new tumblr page. :)
Manga News: Toriko has come to an end; but be sure to swing by and share your favourite moments from the series!
Manhwa & Manhua News: Check out the new Manhwa and Manhua shout-out (March 2016).
Event News: One Piece Awardshas concluded. Check the results Here!
MangaHelpers > News > Shout-Outs > New Manga Shout Out: 12/15/14 - 12/21/14
Homepage
Details
Archives

Welcome to the next New Manga Shout Out. This weekly article introduces you to manga that are new and/or have not been scanlated yet. This week features a mysterious disease plaguing the lower class, a murder mystery and a murder mystery game. Remember, if you like any of the series, favorite them. Don't forget to also thank the various people who feed your manga addiction. ^_^ Translators and Scanlators, please check out these series and see if you can spread some more manga love~ 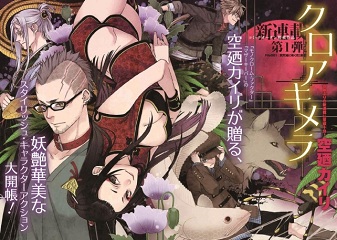 Luca's friend Will, who is from a lower-class segment of society, has gone missing. Luca's only clue to find his friend is his fondness for a certain club in the entertainment district, where a woman named Yue performs. Will had always said they should go there together sometime.

When Luca goes down alone to try to speak to Yue, though, he ends up being beaten badly. Luckily, Yue herself finds him, and takes him to her friend Takaomi to be patched up. It soon becomes clear that Will has fallen victim to a chimera sickness that is becoming common in the lower classes. Luca is determined to find his friend, and to save him. 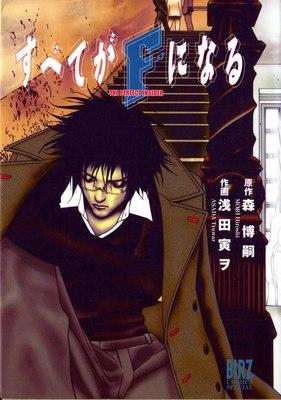 Professor Saikawa and Nishinosono Moe go to camp on an island where the mysterious Professor Magata Shiki has a closed laboratory. They're curious about the murder of Magata's parents, and they manage to talk their way into the lab itself. While they are inside, a dressed-up corpse is shockingly propelled out of the door of Magata's quarters! It appears she was murdered, and she won't be the last... 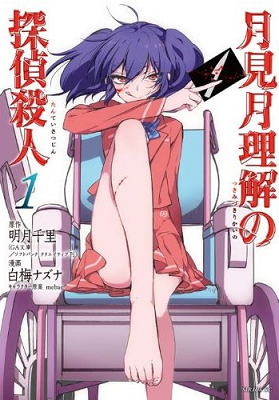 There's a new wheel-chair bound student at school who has returned after an illness, and she immediately kisses Tsuzuki Ui, who she calls "Rei-kun." He soon deduces that she is a daughter of a wealthy family, and a person he once beat at an internet murder mystery game. She is apparently fixated on him, since he was the only one who ever beat her, and she has now come to see him in person. Her plan is to have a real-life murder mystery game, and her current focus is on the supposed suicide of Tsuzuki's father. For some reason, she suspects his little sister Haruka...

=======================================================
Note to all scanlators: If you recently started scanlating a new manga series (with about 5 or less chapters released) and would like your manga to be shouted out in the next New Manga Shout Out, then please PM me. Please include:
This is what tethysdust said this week:
Quote:
Kuroa Chimera was probably my favorite this week. I liked the characters, and I'd be interested to see how they handle Will's transforming sickness. Subete ga F ni Naru is an interesting mystery, but the art is a little older style than I generally like. Tsukimizuki Rikai no Tantei Satsujin didn't really appeal to me, since the characters didn't seem to behave realistically.

My opinion:
Kuroa Chimera - If you're into sci-fi and mysterious illnesses, then you might want to check out this manga.
Subete ga F ni Naru - If you like the novel this manga is based on and locked room murder mysteries, then you should take a look at this manga. This seemed the most interesting to me of the three.
Tsukimizuki Rikai no Tantei Satsujin - If you're in the mood for murder, then this is another manga that features a murder mystery.


If you haven't done so already, check out the scanlations of the mangas from previous shout outs which have been recently scanlated: romance Kyou wa Kaisha Yasumimasu. (MH link).