Like us on Facebook, follow us on Twitter! Check out our new tumblr page. :)
Manga News: Toriko has come to an end; but be sure to swing by and share your favourite moments from the series!
Manhwa & Manhua News: Check out the new Manhwa and Manhua shout-out (March 2016).
Event News: One Piece Awardshas concluded. Check the results Here!
MangaHelpers > News > Shout-Outs > New Manga Shout Out: 4/6/15 - 4/12/15
Homepage
Details
Archives

Welcome to the next New Manga Shout Out. This weekly article introduces you to manga that are new and/or have not been scanlated yet. This week features a boy searching for his exorcist sister, monsters in kindergarten and girls who fly planes to school. Remember, if you like any of the series, favorite them. Don't forget to also thank the various people who feed your manga addiction. ^_^ Translators and Scanlators, please check out these series and see if you can spread some more manga love~ 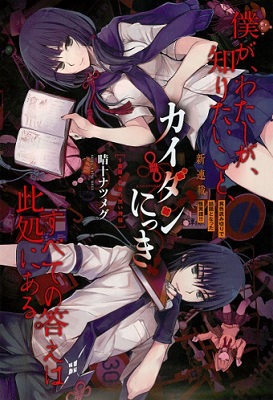 Sukami Kyouichi was born into an exorcist family, and his older sister is an expert exorcist. She's been putting together a notebook where she has written how to handle all of the different monsters she's met in her work. One day, Kyouichi and his friends in the Occult Club at school go to investigate a supposedly cursed shrine, and he ends up needing to be rescued by his sister. Shortly afterward, she goes missing, presumed by many to be dead, and leaves her little brother with only the notebook. Kyouichi stays in the Occult club, and as he grows up, he remains dedicated to the search for his beloved older sister. One day, his search starts to finally make some progress, when a shinigami who claims she was his sister's friend appears... 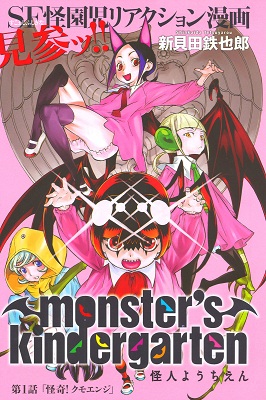 Komori Koe is a batgirl who is a newcomer to monster kindergarten! She's a little older than the other students, but starts fitting in with the other students right away. They may only be little monsters learning about the human world right now, but one day they'll be all grown up and headed for world conquest! 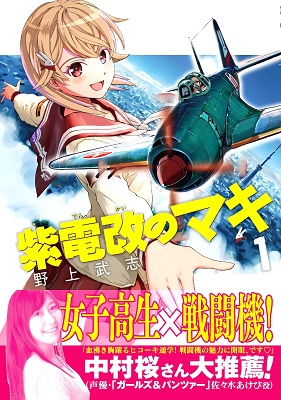 Hagoromo Maki is going to an all-girls high school, a special one that allows its students to commute by plane! She and her first friend at school, Hasegawa Motoko, have found a plane and fixed it up for themselves to fly! However, it turns out that it was the plane used by a legendary pilot who protected the airspace for their school, and their school's ace pilot does not approve of them having it. Will Maki be able to fly and protect the air for their school?

My opinion:
Kaidan Nikki - If you're in the mood for a supernatural mystery with some action thrown in, then you may this manga right up your alley.
Kaijin Youchien - If you want to see the shenanigans of little monsters growing up in school, then you may want to check out this manga instead.
Shidenkai no Maki - If you like a mix of girls, action and planes, then this may pique your interest.

4 members and 6 guests have thanked c_k for this news