Like us on Facebook, follow us on Twitter! Check out our new tumblr page. :)
Manga News: Toriko has come to an end; but be sure to swing by and share your favourite moments from the series!
Manhwa & Manhua News: Check out the new Manhwa and Manhua shout-out (March 2016).
Event News: One Piece Awardshas concluded. Check the results Here!
MangaHelpers > News > Shout-Outs > New Manga Shout Out: 5/18/15 - 5/24/15
Homepage
Details
Archives

Welcome to the next New Manga Shout Out. This weekly article introduces you to manga that are new and/or have not been scanlated yet. This week features a detective who sees ghosts, a boy who loves to crossdress and and a witch. Remember, if you like any of the series, favorite them. Don't forget to also thank the various people who feed your manga addiction. ^_^ Translators and Scanlators, please check out these series and see if you can spread some more manga love~ 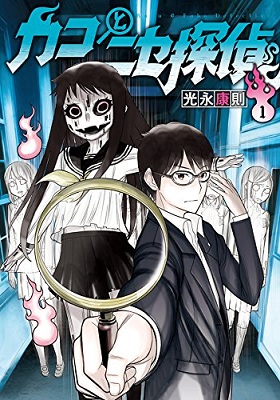 Satoru earned a name as a genius boy detective, and the police rely on his reasoning skills. His secret, though, is that he is able to see the ghosts of the dead, and they provide him with the hints that lead him to solving cases. Now that he's a teenager, he has attracted a strange 'ghost' named Kako, who claims that she is actually a god. She goads him into taking more mysterious cases, in the search for a vengeful spirit that wants to kill humans. Now they are a team, where he solves the cases and she purifies the vengeful spirits! 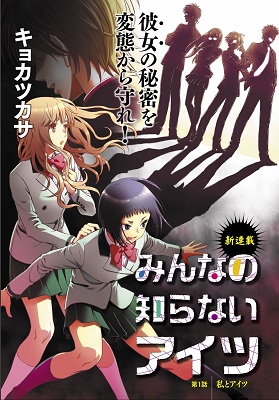 When Sugata was in elementary school, she shared a secret with a classmate named Saotome--that he was secretly 'Ruka,' the near-unbeatable opponent on a game she and others played. However, after he lost a bet and cross-dressed at school, Sugata contributed to the fallout that ended up forcing him to transfer. Now Sugata and Saotome are at the same high school, and he wants to share a new secret with her. This time, it's that he's discovered an interest in secretly cross-dressing, and he's going to present himself as a girl, Ruka, at school. Sugata feels guilty for what happened before, so she agrees to the bet. If she can keep him from being found out during their three years of high school, then he'll quit dressing like a girl. However, their school is so filled with people of varied and secret sexual proclivities that it will be a hard bet to win! 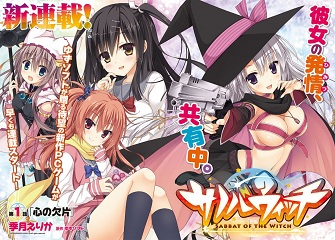 One day, high schooler Hoshina Shuuji, who can sense peoples' feelings through his ordinary five senses, accidentally sees the popular Ayachi Nene masturbating in the school library. Nene is a member of the Occult Club, and commonly offers her classmates advice through fortune-telling. When Shuuji goes to apologize to her, he learns two things: the Occult Club is going to be closed due to lack of members, and Nene is actually a witch that is collecting 'soul fragments' that come from strong emotions. After he accidentally absorbs her collection of soul fragments, he decides to join her club, help her collect more, and try to find a way to give back the ones he took.

=======================================================
Note to all scanlators: If you recently started scanlating a new manga series (with about 5 or less chapters released) and would like your manga to be shouted out in the next New Manga Shout Out, then please PM me. Please include:
This is what tethysdust said this week:
Quote:
Kako to Nise Tantei kind of reminded me of a reverse 'Psych,' where he's using his 'reasoning skills' as a cover for actual supernatural abilities. It looks like the stories will be pretty creepy, with dangerous ghosts. Minna no Shiranai Aitsu is probably a good one for fans of gender-bender stories, though I can't imagine they'd be able to keep his secret for three years! Sanoba Witch has a lot going on, but I'd say the emphasis is on ecchi-ness.


My opinion:
Kako to Nise Tantei - If you're a fan of horror and mystery, then check this out.
Minna no Shiranai Aitsu - On the other hand, if cross dressing is your thing, then you should check this one instead.
Sanoba Witch - Those that are in the mood for ecchi manga should take a look at this manga instead.

7 members and 6 guests have thanked c_k for this news