Like us on Facebook, follow us on Twitter! Check out our new tumblr page. :)
Manga News: Toriko has come to an end; but be sure to swing by and share your favourite moments from the series!
Manhwa & Manhua News: Check out the new Manhwa and Manhua shout-out (March 2016).
Event News: One Piece Awardshas concluded. Check the results Here!
MangaHelpers > News > Shout-Outs > New Manga Shout Out: 3/7/16 - 3/20/16
Homepage
Details
Archives

Welcome to the next New Manga Shout Out. This weekly article introduces you to manga that are new and/or have not been scanlated yet. This week features a boy who was raised as a soldier, a bug bite which alters a guy, a man and his father seeking revenge. Remember, if you like any of the series, favorite them. Don't forget to also thank the various people who feed your manga addiction. ^_^ Translators and Scanlators, please check out these series and see if you can spread some more manga love~ 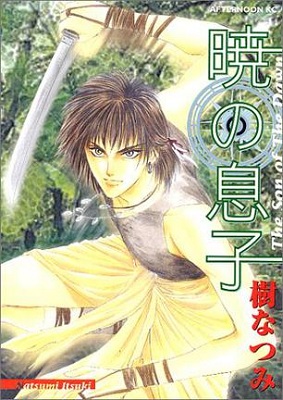 At the age of six, Shusei’s father is killed while they are visiting Myanmar and he is taken in by the locals and re-named “Shan Ba Ru” (which means “Son of the Dawn” or Akatsuki no Musuko). He becomes a soldier for the Karatoa tribe who took him in and raised him as their own. Ten years later, a Japanese journalist goes to Myanmar to investigate the disappearance of his brother-in-law and his son, but his daughter Sonomi tags along determined to find her cousin ‘Shuu-chan.’ She sneaks along and, due to certain incidents, finds herself in the jungle, although not entirely alone as she’s surrounded by militia, but she is saved by none other than Shan Ba Ru and the Karatoa tribe. She soon realizes that he is actually Shusei and tries to convince him to come back to Japan. But with local and international politics intertwined, Shusei struggles between protecting his people and returning to Japan. 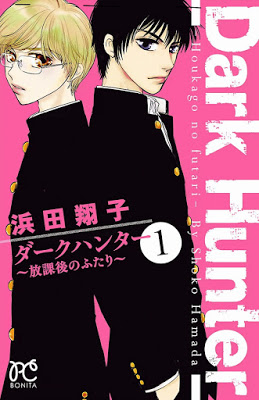 Keinoshin and Shotaro are students who spend their after school hours as Dark Hunters. Darkness and light both exist in the world, and it is their job to protect the balance between them. Kei and Sho used to be close friends when they were little, but now they are only reluctant partners. At school, they're seen as opposites--the cool and aloof Sho and the cute and friendly Kei. However, they must work together if they want to stop the forces of darkness. Their first case of the manga involves the mysterious vanishing of many cats and dogs in the area, and a second involves a little boy who can see the 'ghost' of an old homeless man he had befriended. 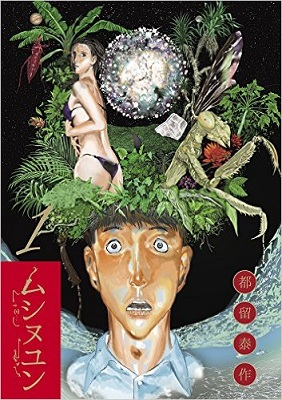 Socially-awkward Uehara has wanted to be an entomologist since he was a kid, and he spent all his time chasing that dream. When he failed, he was forced to come back to his home island, where his mother was completely unsympathetic to his problems. He arrived to his home island along with many other tourists, who were there to observe an unusual astronomical event. Afterward, Uehara encountered a strange bug whose bite transformed his body (including his penis). What is happening to Uehara, and what will become of his life? 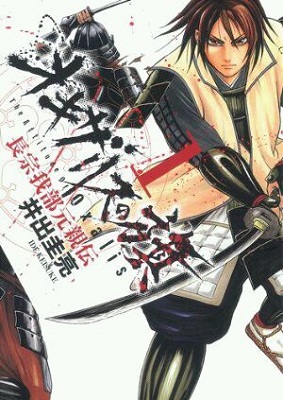 Set in Tosa on the island of Shikoku, this historical manga tells the story of Chosokabe Motochika. Starting in 1560, the story starts with Motochika and his father Kunichika orchestrating their revenge on the Motoyama clan. Motochika would go on to become an important figure in history, following his dream to unify Shikoku under his rule.

=======================================================
Note to all scanlators: If you recently started scanlating a new manga series (with about 5 or less chapters released) and would like your manga to be shouted out in the next New Manga Shout Out, then please PM me. Please include:
This is what tethysdust said this week:
Quote:
There are a few this time featuring southern islands of Japan. Mushinuyun was too weird for me. Oxalis no Hata would be good for fans of the Sengoku period who'd like to see the history of a less-often-chronicled island, Shikoku. Dark Hunter looks like it will be a interesting, episodic, supernatural mystery series, with hopefully a continuing story that explains what happened to the friendship between the two leads.
Now for Niffer's take on her manga:
Quote:
You can tell from the art style that Akatsuki no Musuko is an old manga but that doesn’t stop it from being enjoyable with an engaging plot. It’s obvious early on that there’s more to Shusei’s father’s death then the characters might think and the plot and possible romance between the main characters really pulls you in.
My opinion:
Akatsuki no Musuko - If you're looking for a short one volume manga with some action and romance, then you should check it out. Don't be turned off because it's an older manga.
Dark Hunter - Houkago no Futari - If you want a bit of mystery and like reading about solving cases, then take a look at this manga.
Mushinuyun - However, if you're more in the mood for something with a little supernatural element and some adult situations, then this may be more up your alley.
Oxalis no Hata: Chousokabe Motochikaden - If you like a mix of historical manga and action and are tired of reading about the Sengoku period or the Shinesengumi, then you may want to read this short four volume series.