Like us on Facebook, follow us on Twitter! Check out our new tumblr page. :)
Manga News: Toriko has come to an end; but be sure to swing by and share your favourite moments from the series!
Manhwa & Manhua News: Check out the new Manhwa and Manhua shout-out (March 2016).
Event News: One Piece Awardshas concluded. Check the results Here!
MangaHelpers > News > Shout-Outs > New Manga Shout Out: 9/28/09 - 10/11/09
Homepage
Details
Archives

Welcome to the next New Manga Shout Out. This "week" there's not much, but if you like any of the series, remember to favorite them. Don't forget to also thank the various translators, raw uploaders/scanners and scanlators who feed your manga addiction. ^_^ Translators and Scanlators, please check out these series and see if you can spread some more manga love~ 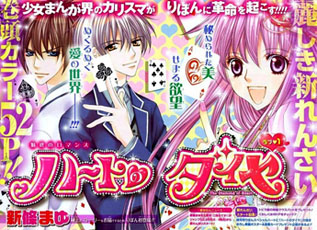 Himeno's chest will hurt if any boy touches her because she has the diamond of the heart. However, when she was young, she befriended two boys -- the gentle Mamoru and the blunt Keigo -- who are able to touch her without harming her. Without knowing about the diamond of the heart, both Mamoru and Keigo promised to protect Himeno. When some people threaten to take Himeno's heart, who else will protect her but her knights? 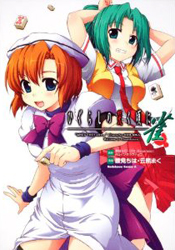 This chapter of the Higurashi no Naku Koro ni series, called the "Mahjong" chapter, is related to a "dramatic mahjong" game being released for the PSP in November 2009. This time, Keiichi (a boy who moved to the small village of Hinamizawa), finds himself drawn into a special mahjong course at his school. 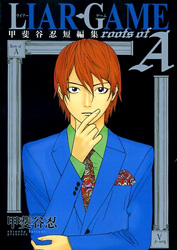 Roots of A is essentially a manga short featuring Akiyama during his senior year of college. In it, Akiyama and four of his classmates are taking a criminal psychology course and given an assignment where they must construct a profile of a person based on a letter they sent. This outcome of the assignment, plus what the professor says afterwards, is what prompts Akiyama to enter grad-school and continue to study psychology. 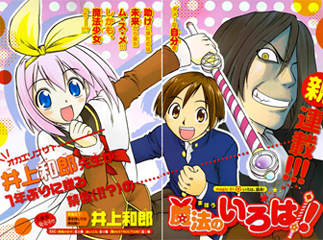 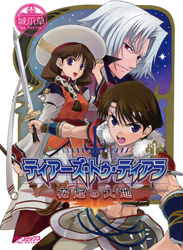 Set in a fictitious land during a medieval-like era of magic and fantasy, Tears to Tiara unfolds with the Divine Empire’s rise to power as it conquers and rules lands far and wide. On the island of Erin, still ruled by the Ancient Kingdom, the Goidelic people are attempting to sacrifice priestess Riannon to revive protagonist and demon king Arawn to lead the resistance against the Empire. Although the ritual fails and Riannon survives, the seal imprisoning the demon king is broken and Arawn is resurrected. Armed with mysterious and devastating powers and a human’s demeanour, Arawn joins Riannon, her brother and battalion commander, Arthur, as well as their team of fighters comprising a swordsman, an archer and a quintet of magical pixies, in the epic struggle against the Divine Empire.

=======================================================
Note to all scanlators: If you recently started scanlating a new manga series (with about 5 or less chapters released) that's hosted on MangaHelpers, and would like your manga to be shouted out in the next New Manga Shout Out, then please PM me. Please include:
Another slow 2 weeks. However, I would really love love LOVE if someone would translate/scanlate Mahou no Iroha, which is done by the mangaka of Ai Kora and Midori no Hibi. I'm also going to check out Liar Game - Roots of A since I like Liar Game. Check it out if you like a nice psychological series, although you might be turned off a bit by the art. If you like shoujo, be sure to check out Diamond of Heart.

[Permalink]
Tears to Tiara looks pretty interesting!! Hope someone picks it up soon. :3

[Permalink]
Diamond of heart looks interesting
imangascans is doing Mahou no Iroha! which I hope will be out soon xD

I hope someone picks up Rico and Diamond of Heart *_* I'm becoming curious on Jio to Ougon to Kinjirareta Mahou (whew, long title)

[Permalink]
Ridiculous story from Shinjo Mayu as always. You can half expect it to branch into smut less than half way through the series.

Looking forward to more of Liar Game and Rico though. (Someone scanlate it!)

[Permalink]
The only one that looks good to me is Roots of A...I'd normally love fantasies but I kind of disliked Tears of Tiara anime...just get a feeling that it's generic.
I sometimes read Shoujo if it's funny as hell or have a serious/drama like plot,but no Diamond of Heart looked liked another story filled with "2 childhood friends"...
I can already guess the plot...

[Permalink]
The character of Roots of A is Kira =O
xD

Edit: The link says volume 1 when it's supposed to be chapter 1. :DDDD

[Permalink]
I like the art of "Diamond of Heart", it look great.
and wow...a manga of "Tear To tiara"? I like its anime, I wonder how's the manga?

[Permalink]
Great news. Cnet translated Mahou no Iroha~ Go read the translation here and give him thanks. ^_^

EDIT: Lucifell translated the chapter as well here. Give him your thanks too.

[Permalink]
Wasn't Tears To Tiara an anime that aired on Animax. I am sure it is. Someone please do an English translation.