Like us on Facebook, follow us on Twitter! Check out our new tumblr page. :)
Manga News: Toriko has come to an end; but be sure to swing by and share your favourite moments from the series!
Manhwa & Manhua News: Check out the new Manhwa and Manhua shout-out (March 2016).
Event News: One Piece Awardshas concluded. Check the results Here!
MangaHelpers > News > Shout-Outs > New Manga Shout Out: 3/15/10 - 3/21/10
Homepage
Details
Archives

Welcome to the next New Manga Shout Out. Very slow week this week with only a few new mangas. Remember, if you like any of the series, favorite them. Don't forget to also thank the various translators, raw uploaders/scanners and scanlators who feed your manga addiction. ^_^ Translators and Scanlators, please check out these series and see if you can spread some more manga love~ 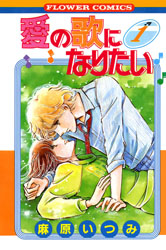 16-year-old Hako has loved music for as long as she can remember. Now, she's a songwriter and keyboardist, and she's planning on becoming a professional musician with her best friend at her all-girls high school. Her best friend, though, doesn't really share her passion for the music industry.

One day, while practicing one of her songs at a piano store, Hako comes to the attention of Ren, a boy her age who is the vocalist of his own rock band. He promptly decides that she is the element his band has been missing, and he must acquire her at all costs. How far will Ren and Hako's ambition and dedication to music be able to carry them? 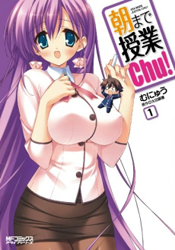 Kagami Yuuki has managed to become a scholarship student in a high-class high school. Unfortunately, thanks to his gender-ambiguous name, the teacher Kakinozaki Ayana has registered him as a girl! It's apparently an uncorrectable mistake, so now Yuuki must live in the girl's dormitory of his new (co-ed) high school.

At least Ayana's willing to take responsibility for her mistake; she volunteers to be his roommate. As one would guess, he and Ayana must make sure none of the other girls in the dorm find out he's actually a boy. Therefore, except for when he's in his classes, Yuuki has to cross-dress, or else both he and his teacher will be kicked out of the school and dorm! 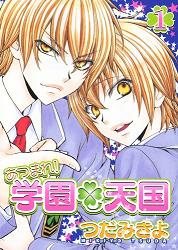 Sui and Sou are a pair of twins who are starting high school. Though raised by occultist parents, they were supposed to have a very normal high school life. However, once they arrived at campus they not only encountered werewolves but also vampires and even sorcerers! As more strange people appear one by one, will the twins' secret be uncovered? 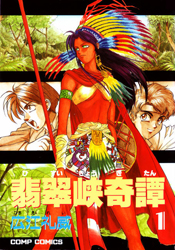 In the year 1935, German Nazi agents infiltrate Mexico in order to locate and capture Kukulkan (also known as Quetzalcoatl, the feathered serpent) an ancient Aztec god believed to be sleeping in the country encased by Jade. But before they can find Kukulkan, who rests in the form of a beautiful woman, she is accidentally resurrected by the Japanese archeologist Wakisaka Iori and his native guide Carlo!

Luckily for Wakisaka, he and the goddess he has awoken seem to get along with each other quite well. But the threat of the German Nazis and the looming World War on the horizon are not the only problems Wakisaka and Kukulkan must face. They also must find a way to handle the inevitable resurrection of Kukulkan's eternal rival god, Tezcatlipoca (the "Smoking Mirror", often depicted as a jaguar). 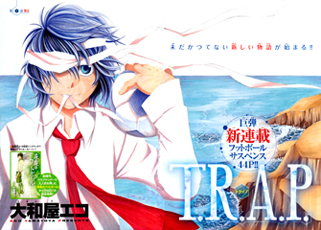 The Izanami High School soccer team is reeling after one of their own, Masaki, is killed unexpectedly in a traffic accident. It seems impossible to fill the gaping hole left in the team by Masaki's death. However, with one player short, they won't be able to go to any of the championships they had all dreamed about before. One day, a mysterious transfer student, Amakusa Kain, tries out for the soccer team, and his skills stun the team's ace! Will Kain be the push they need to move forward from this tragedy as a team and begin once again to chase their championship dreams? 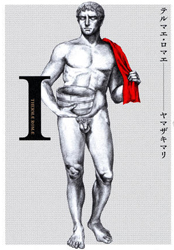 In ancient Rome, the public bath architect Lucius was running into a serious problem in his professional career. Though he was well trained, his designs just weren't cutting edge enough to please the people of Rome. As a result, he lost his job. In a truly despondent state, he went to a bathhouse with one of his friends and submerged himself in the water.

But then, all of a sudden, a hole appeared and sucked Lucius through a time warp to a public bath in modern day Japan! Lucius was amazed by all the wondrous things he saw in this strange world! Sooner than he might have liked, he slipped away from Japan and found himself once again waking up back home. But now that he knows the secret of underwater-time-travel, he can get all sorts of "edgy" ideas from modern day Japan to fuel his career as a bathhouse architect in ancient Rome! 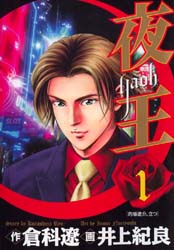 Realizing that he can't remain a Hokkaido "yankee" forever, 22-year-old Matoba Ryousuke has moved to Tokyo to enter the next stage of his life. Tokyo does not seem to be the exciting and welcoming city he expected, though. On a whim, he decides to take the elevator of a posh hotel up to the top to see the city, when he suddenly meets the lovely Kanou Remi. Remi, a world famous fashion designer, actually lives in the hotel, and shows Ryousuke brief and unexpected kindness.

Determined to meet her again, Ryousuke goes with the only thing he really knows about her; that she has been to the Kabukichou district Romeo Host Club. But can an ex-thug, country boy like Ryousuke really become a host with all the other cultured, fancy bishounen types at the Romeo Club? And, more importantly, will this route be able to bring him closer to Remi? 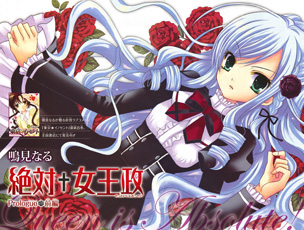 The male lead has gynophobia due to a traumatic experience. Under his sister, who is a nun with little brother-complex's recommendation, he entered a previously all female-school that now has 9:1 female to male ratio. This is a story of that man with the Queen of the school, who has demanded him to work for her as her secretary.

=======================================================
Note to all scanlators: If you recently started scanlating a new manga series (with about 5 or less chapters released) that's hosted on MangaHelpers, and would like your manga to be shouted out in the next New Manga Shout Out, then please PM me. Please include:
This is what tethysdust said this week:
Quote:
My favorite of this small group would be Yaoh. It felt sort of like an inverse Memoirs of a Geisha to me. Hisuikyou Kitan was kind of neat, I don't think there are very many mangas that feature Aztec mythology. Also, Ai no Uta ni Naritai was set in the 80s, which was neat (the manga is older than I am, but the art was still pretty nice). It makes me wonder what the music their band is playing would have actually sounded like in an anime.
Nothing really piqued my interest except for Terumae・Romae with it's unique art and Asa made Jugyou Chu! because it's a gender bender, but the teacher's chest makes me go O.o. T.R.A.P. might be an interesting sports manga to check out if it gets scanlated seeing as there doesn't seem to be *that* many soccer mangas that I know of...

Hisuikyou Kitan - world war... goddess... aztec... got me curious xD
Terumae・Romae - based on ancient rome? if yes, got my interest xD

[Permalink]
T.R.A.P. was very interesting, Zettai Joou Sei was nice too.
Asa made Jigyou.... lot of ecchi and pretty generic, but not bad.

[Permalink]
Somebody scanlate T.R.A.P!.It's a soccer version of Prince of tennis without over the top technique! ( i Hope) lol.Thanks Mh for posting this.

Award winning manga doomed to obscurity! (I hope not)

[Permalink]
Terumae Romae kinda reminds me of Kyou Kara Maoh! of how Yuri goes between the demon and the human world. In, water.
T.R.A.P looks good. Reminds me of the Prince of Tennis.
Hisuikyou Kitan is interesting though.

[Permalink]
Where the One Shot Devil Clutch? It's also was published this week

[Permalink]
T.R.A.P.'s the main one that caught my interest. Wouldn't mind working on it if someone were to TL it. However, the story almost seems too close to Area no Kishi.

[Permalink]
@savi: That one-shot will be in next week's shout out...