Like us on Facebook, follow us on Twitter! Check out our new tumblr page. :)
Manga News: Toriko has come to an end; but be sure to swing by and share your favourite moments from the series!
Manhwa & Manhua News: Check out the new Manhwa and Manhua shout-out (March 2016).
Event News: One Piece Awardshas concluded. Check the results Here!
MangaHelpers > News > Shout-Outs > New Manga Shout Out: 4/29/13 - 5/5/13
Homepage
Details
Archives

Welcome to the next New Manga Shout Out. This weekly article introduces you to manga that are new and/or have not been scanlated yet. This week features a diary about an otaku and his young Chinese wife, a lazy angel and a yankee girl in an idol competition. Remember, if you like any of the series, favorite them. Don't forget to also thank the various people who feed your manga addiction. ^_^ Translators and Scanlators, please check out these series and see if you can spread some more manga love~ 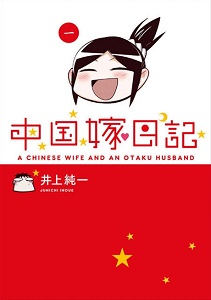 This is a diary-style 4koma manga that depicts the daily life and observations of the 40 year old author, who married a 26 year old Chinese girl. The author immediately states that this manga-style blog was meant to show the quirky and interesting nature of his young wife. He is an extremely stereotypical "otaku" (Japanese nerd), while she is a Chinese girl enjoying and learning the Japanese culture. 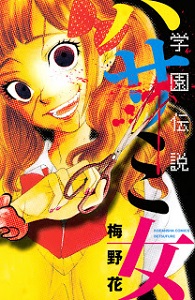 A collection of horror stories:

1) Tonari no Yomi-san: There's an urban legend about a girl ("Yomi-san") who hated her appearance and killed herself, and whose father stuffed her corpse. Supposedly, her taxidermied corpse attacks beautiful girls to steal their body parts. When pretty girls are injured at school, some people blame a jealous pretty student, but could it really be Yomi-san?

2) Kurayami Chi-chan: When Tomohiro was little, he and his friend Naoya used to hang out with a strange girl they called Chi-chan. They never new her name, where she lived, or even saw her face (it was obscured with hair). Now, when he meets her again as a teenager, he realizes that she is more than strange...

3) Tomodachi: Lonely Shiori buys some weird little creatures as pets. As she cares for them, they grow into something very strange...

4) Hasami Onna: Three children decide to go into the "Scissors Woman's" house, which is supposedly haunted. They all go in for different reasons, but they are not prepared for what they'll find inside. 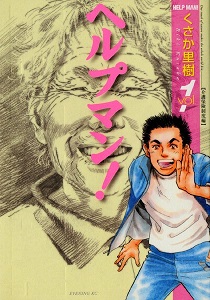 Japan's population is becoming older. With the advances in medicine and technology, the average age of an individual has steadily risen, but the birth rate has dropped significantly since the "baby boomer" generation. This leads to a natural imbalance between the elderly versus the younger, working class population. What becomes necessary are people like Onda Momotaro to nurse the elderly gentlemen and ladies that are becoming increasingly senile.

His introduction into the "industry" of taking care of the elderly was shocking. What he saw was an elderly man being tied down to a bed for his own safety, while the nurses and caretakers consider this a "necessary evi.l" Momotaro is determined to help the elderly and bring back their smiles. 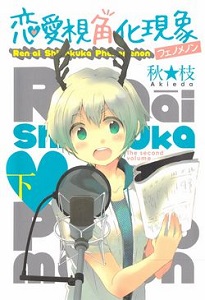 For some unknown reason, people who like someone romantically now grow horns on their head, which drop away if they lose their love for that person. These are the stories of a group of teenagers who attend school together, with their usual romantic issues complicated by their visible horns. The first story opens with a girl who can't seem to grow horns at the appropriate time, even though she really likes someone. 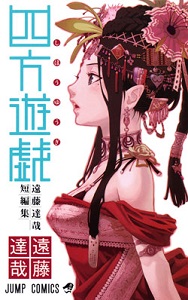 • Seibu Yuugi: In the ruins of a former civilization, crime has been on the rise. To combat it, the government instituted a bounty hunting system, like in the wild west. To prevent collateral damage, bounty hunters must attend a special school and receive a license. This story follows Ellena Fiscuff, a new student at the bounty hunter's school.

• Gekka Bijin: Kaguya is forced to flee after the moon empire she is heir to is taken over. In her time down on Earth, will she be able to find a way to return to her rightful place?

• Witch Craze: Witch hunters bearing blood-sucking swords hunt down witches and take their blood. An unusual man and woman traveling together come into a town that already has at least one witch, just before a group of hunters arrive to take her down.

• PMG-0: Tania has been a member of the PMG, the "musketeers" that form a special police guard, from the time after the violent death of her father. She's not very disciplined, but she's a force to be reckoned with. In this story, PMG is trying to stop a group of armed robbers. 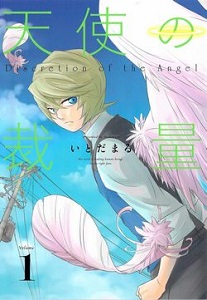 Humans are required to make decisions that change the course of the rest of their lives. When making these decisions, there may be angels that guide you to the right direction. Since ancient times, these angels have nudged each human towards the correct path. Kuroma has always been a lazy angel, so he rarely assists any human. This has angered his superiors, and, now, he is required to assist 100 humans towards the correct path. Each case is different in their own unique way. Will Kuroma be able to find the correct path for each case? 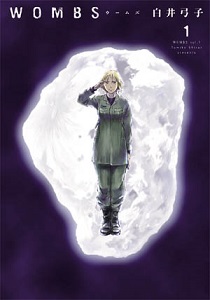 On the planet of Hekiou, there is a continuing war between the first wave of immigrants and the second. An important section of the military uses a native creature, the Niebass, to give its soldiers translocation abilities. These soldiers are all women, with the alien creature transplanted into their wombs. Some people see this practice as a violation of human women by aliens, and Mana Oga's boyfriend has a similar perspective on the matter. Mana Oga is a new soldier in this section, and the story follows her and the other women in her group who accept the alien creatures into their wombs in order to defend their homes. 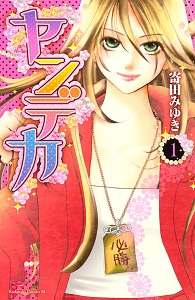 Ninagawa Mio is a tough biker-gang "yankee" girl. One day, while rescuing a child from an oncoming bus, she accidentally crashes her motorbike into a very expensive car. To make up for it, the owner Saga demands she come to meet him alone. Mio has no idea what to expect at this meeting, and is bewildered when she finds herself entered into some contest called "Dorukon." "Dorukon" is apparently a popular audition competition show, where the winner gets an idol debut, but Mio is not just there due to her possible latent talent. Saga, the producer of the show, has been receiving threats that the victor will be killed if the broadcasting of "Dorukon" is not stopped. He's decided to press Mio into service as his inside detective, since the threats may be coming from someone within the show.

Now Mio is a contestant, along with the former child actress Kujou Ichika, the hot guy Satou Koushirou, sexy Yae Sumire, innocent Shimizu Nana, and chubby, bespectacled Gotou Yuuki. While dealing with all the "Dorukon" challenges, Mio has to help unravel the mystery before someone gets killed!

=======================================================
Note to all scanlators: If you recently started scanlating a new manga series (with about 5 or less chapters released) and would like your manga to be shouted out in the next New Manga Shout Out, then please PM me. Please include:
This is what tethysdust said this week:
Quote:
Not much that really grabbed me this week. Wombs was really weird, but it could shape up to be interesting. Yandeka was a cute and light comedy. Gakuen Densetsu Hasami Onna was pretty creepy to me, so its probably one to check out for horror fans.
Here's what DrCoke had to say:
Quote:
Chuugoku Yome Nikki is fantastic. I haven't had a 4koma manga enthrall me like this since Azumanga. The characters are insanely adorable and the comedy is hilarious.

Also, Help Man will definitely make you think of the current situation of Japan. It's a scary prospect.

My opinion:
Nothing really piqued my interest this week... ^^;;


If you haven't done so already, check out the scanlations of the mangas from previous shout outs which have been recently scanlated: supernatural romantic comedy Zettai Reiiki (MH link), school life romance 3D Kanojo (MH link).

2 members and 4 guests have thanked c_k for this news