Like us on Facebook, follow us on Twitter! Check out our new tumblr page. :)
Manga News: Toriko has come to an end; but be sure to swing by and share your favourite moments from the series!
Manhwa & Manhua News: Check out the new Manhwa and Manhua shout-out (March 2016).
Event News: One Piece Awardshas concluded. Check the results Here!
MangaHelpers > News > Shout-Outs > New Manga Shout Out: 5/27/13 - 6/2/13
Homepage
Details
Archives

Welcome to the next New Manga Shout Out. This weekly article introduces you to manga that are new and/or have not been scanlated yet. This week features girls with a second chance, people with the ability to control shadows, and bodies with their skin turned inside out. Remember, if you like any of the series, favorite them. Don't forget to also thank the various people who feed your manga addiction. ^_^ Translators and Scanlators, please check out these series and see if you can spread some more manga love~ 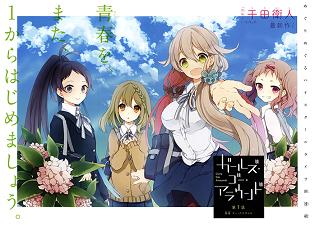 No one can make the perfect decision every time. Everyone has those moments that they wish they could redo and alter their decision. This story revolves around girls that got their second chance. 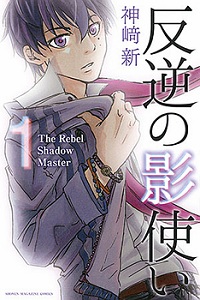 There are men and women that have the ability to control their shadows, molding them into shapes according to their will. These "Shadow Users" gain this special ability through some traumatic event from their past, creating darkness and sorrow in their soul. Cole is a Shadow User, but his shadow, named Shiva, was once human. Now, he is on a search to find the individual responsible for turning Shiva into a shadow and return Shiva to his body. 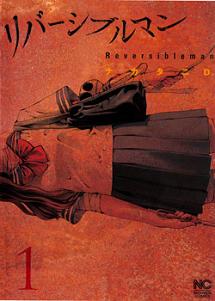 Bizarre corpses are being found at various locations in the city. These bodies look like their skin has been turned inside out. Various rumors and legends arise. Some say these deaths were caused by an infection, while others believe the mafia has their own black market for human organs. The only one that knows the truth is a school girl, who has the ability to store machine guns inside her body! Her name is Luna, and she is determined to seek revenge for her sister's brutal murder by the perpetrators of these "reversing" incidents. 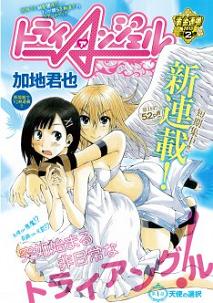 For 12 years, Sakaguchi Hiro has been the secret admirer to a certain girl he met at the church his father gives sermons at. Her name is Tatsumori Ayano, and these two have been going to the same schools from elementary to college, but Hiro has never had the courage to even talk to her, much less ask her out. One night after a failed attempt to actually hold a conversation with the girl of his dreams, an actual angel fell into his room from the heavens. Apparently, this angel has been sent from the heavens to have sex with Hiro! Will he be able to save himself for Ayano or will he fall for the angel who is determined to have his babies?

My opinion:
Reversible Man seems interesting - at least to find out how they are turning people's skins inside out... and who would even want to do something like that... Kind of reminds me of Hannibal Lector~