Like us on Facebook, follow us on Twitter! Check out our new tumblr page. :)
Manga News: Toriko has come to an end; but be sure to swing by and share your favourite moments from the series!
Manhwa & Manhua News: Check out the new Manhwa and Manhua shout-out (March 2016).
Event News: One Piece Awardshas concluded. Check the results Here!
MangaHelpers > News > Shout-Outs > New Manga Shout Out: 9/30/13 - 10/6/13
Homepage
Details
Archives

Welcome to the next New Manga Shout Out. This weekly article introduces you to manga that are new and/or have not been scanlated yet. This week features three males in a female idol group, a world with millions of Arthurs and a young girl detective. Remember, if you like any of the series, favorite them. Don't forget to also thank the various people who feed your manga addiction. ^_^ Translators and Scanlators, please check out these series and see if you can spread some more manga love~ 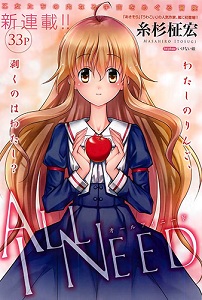 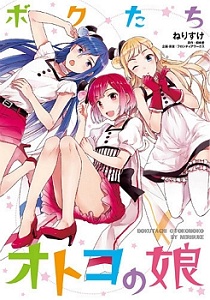 Sakurai Seri wants to be an idol, but he's so nervous that he seems to only meet with failure. Then, one day, he and two other boys are chosen to debut as members of a new idol group, "Otoko no Ko." The other two boys are the cool, serious "Ren" and the enthusiastic, cute "Tama." The only catch is that they plan to be a male idol group that dresses as girls. This may be Seri's big chance, but he never imagined himself as a female idol! 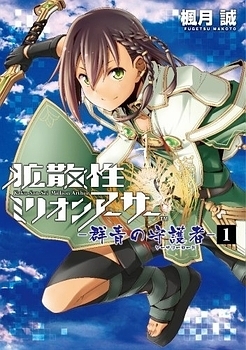 In a strange twist on Arthurian legend, young Art pulls the magical sword Excalibur out of a stone--only to find himself as one of a million Arthurs, fighting to defend the island of Britain from enemies and to earn the rank of the true king. Art is pretty puny, but his childhood friend Ligu (who was also chosen by an Excalibur) tries to keep him from being immediately killed. Soon Art lives in a castle with knights, which are created beings who serve the kings. From the respect with which he treats the knights, he inspires some to hope he becomes the true king. But is that really achievable by a scrawny crybaby like him? 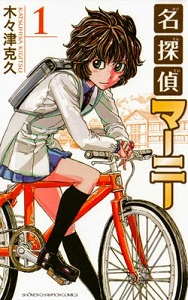 Where there are people, there is drama and troubles to be solved. Marnie's father works as a detective to solve problems created between people, whether they are marriage issues or murder cases. Just like her father, Marnie also solves cases as long as the price is right. She usually lives as a normal student, sleeping through her classes, but once a client asks for her help, she will stop at nothing to solve the mystery laid before her. 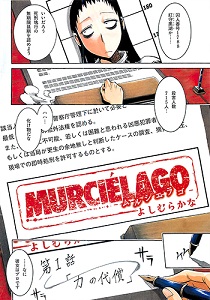 Ex-mass murderer turned hitwoman, Koumori Kuroko loves lesbian sex and annihilating her target. Even though she is now a hired assassin by the Japanese police force, she has a record of murdering 715 people in the past since her childhood. Now she partners with Tozakura Hinako, a wildly lighthearted and innocent yet bold girl that drives like an absolute maniac, to destroy other mass murderers that are deemed unstoppable by normal means. 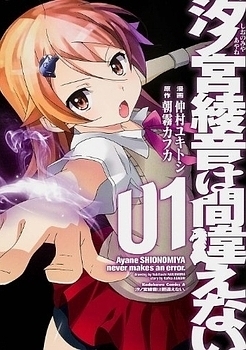 Siblings Ayane and Kurumi have unique super natural powers known as "Ghosts," each with their own unique score that designates their powers. Ayane has a score of "7," while Kurumi has a score of "11." Ayane's ability allows her to control shoe laces, while Kurumi can form contracts with objects, which allow her to control it. Ayane feels severely inferior to her sister, but will she be able to prove herself against the other "Ghost" bearers in combat?

My opinion:
Kakusansei Million Arthur - Gunjou no Shugosha sounds like it may be interesting and how a crybaby becomes king.


If you haven't done so already, check out the scanlations of the mangas from previous shout outs which have been recently scanlated: romantic comedy Zettai Reiiki (MH link).

[Permalink]
Not complaining, but why are you guys bringing the attention to titles that you don't even seem to like yourself?
If they are so uninteresting, what makes you think we will like it? Ofc everyone has it's own tastes, but still, randomly picking any series that you don't even care about is, imo, wrong for a shoutout.
Either way, keep it up~ :P

[Permalink]
Ah well, there's a limited amount of time so we're just bringing attention to manga that haven't been scanlated before. Just because it's not to our taste doesn't mean it won't be to someone else's taste~ We just want to try to have different manga in the shout out. Sometimes they're interesting to the summary writers, and sometimes not~ It's all about luck of the draw~

[Permalink]
I like the randomness of the series posted, eventualy things grab my attention this way. And even though I don't comment often I'm always reading these shout outs.