Like us on Facebook, follow us on Twitter! Check out our new tumblr page. :)
Manga News: Toriko has come to an end; but be sure to swing by and share your favourite moments from the series!
Manhwa & Manhua News: Check out the new Manhwa and Manhua shout-out (March 2016).
Event News: One Piece Awardshas concluded. Check the results Here!
MangaHelpers > News > Shout-Outs > New Manga Shout Out: 2/3/14 - 2/9/14
Homepage
Details
Archives

Welcome to the next New Manga Shout Out. This weekly article introduces you to manga that are new and/or have not been scanlated yet. This week features a gang of delinquents, human-animal hybrids fighting, and a mysterious alien organism. Remember, if you like any of the series, favorite them. Don't forget to also thank the various people who feed your manga addiction. ^_^ Translators and Scanlators, please check out these series and see if you can spread some more manga love~ 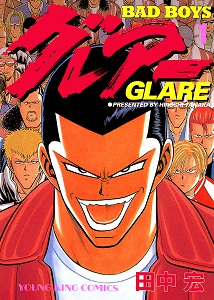 This is the sequel to BAD BOYS. The reformation of the "Kagoshima Rengou" has renewed tensions between old rivals. The conflict between Kagoshima Rengou and the tenth generation BEAST group has raised tensions across the Hiroshima area. Now, the story unfolds in the three way battle between Otomo Kashou versus Sakijima Shoukiro versus Torasame Kinjiro. 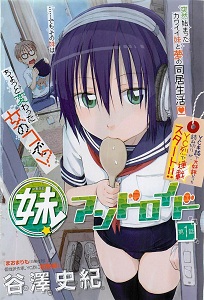 One day, a mysterious box arrived at Matsuda's door steps. The content of the box was none other than an android girl that insists that she's Matsuda's younger sister. Now, the purely otaku Matsuda has the privilege to live with a beautiful and submissive android sister that bows to his commands, or at least he wishes that were the case. 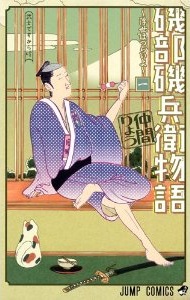 In this ukiyoe-style manga, Isobe Isobee is a lazy, slacker samurai with big dreams. He lives with his mother, who thinks highly of him. He lays around the house, sneakily looks at Edo-period pornography without his mother noticing, naps at school... but he plans to become a respectable samurai one day! 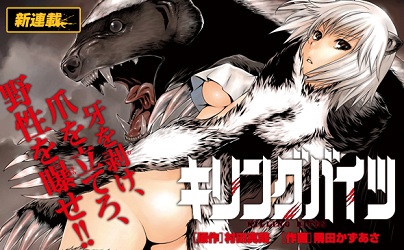 People have been created that are human-animal hybrids, and powerful businesses bet on the outcome of their duels. College student Nomoto Yuuya's casual acquaintances ask him to drive them around to pick up girls one day, which he soon finds out means by force. The girl they kidnap is an animal-human hybrid named Hitomi, who slaughters all of them except Yuuya. Hitomi is a honey badger, which has been called the most fearless of all animals. Now Hitomi is assigned to stay with Yuuya, for his protection! 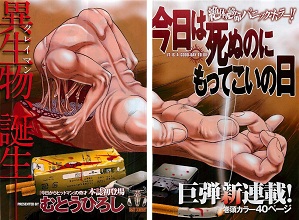 It was supposed to be a memorable and exciting vacation with his girlfriend and 4 of his close college friends. Shouichi just wanted to have fun and learn the meaning of what it means to be "manly." Once they got to the hotel, the fun and drinking began. During the late hours of the night, they hear the scream of a woman coming from the parking lot. Next thing they know, Shouichi's friend "Ken" is nailed to the ceiling with his face completely punctured. The remaining people from this young group will need to figure out how to survive against this alien organism! 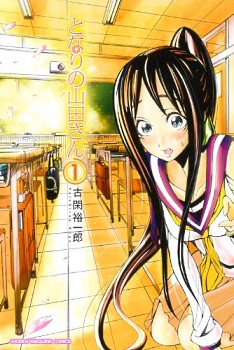 In this love story of awkward teenagers, Mutou Ganma likes the glasses-wearing girl that sits next to him, Yamada Hanako. Even though he's been in the same class as her since elementary school, his nervousness around girls caused him to never really interact with her before. Also, there seems to be something odd going on with Hanako, something possibly supernatural. Will nervous Ganma be able to communicate his feelings to shy Hanako?

=======================================================
Note to all scanlators: If you recently started scanlating a new manga series (with about 5 or less chapters released) and would like your manga to be shouted out in the next New Manga Shout Out, then please PM me. Please include:
This is what tethysdust said this week:
Quote:
The Isobe one is a gag manga, and the ukiyoe-type art might make it stand out a little. Killing Bites was really nothing out of the ordinary, but there will probably be neat animal-people fights. Tonari no Yamada-san was pretty cute, and might be liked by people who are into reading about that kind of shy not-quite-yet-romance.

My opinion:
Bad Boys Glare is a sequel to Bad Boys, which isn't scanlated yet, but if you can read Japanese, then if you're in the mood for yankees, this one is right up your alley.
If you're looking for a moe/ecchi/onii-chan type manga, then Imouto! Android is the manga for you.
Isobe Isobee Monogatari～Ukiyo wa Tsuraiyo～ is perfect for people who are in the mood for a historical gag manga.
Killing Bites seems good for someone looking for a bit more ecchi and fighting.
Kyou wa Shine no ni Mottekoi no Hi seems more of an off-beat type horror manga.
If you're into romance, then I'm sure you'll like Tonari no Yamada-san.