Like us on Facebook, follow us on Twitter! Check out our new tumblr page. :)
Manga News: Toriko has come to an end; but be sure to swing by and share your favourite moments from the series!
Manhwa & Manhua News: Check out the new Manhwa and Manhua shout-out (March 2016).
Event News: One Piece Awardshas concluded. Check the results Here!
MangaHelpers > News > Shout-Outs > New Manga Shout Out: 12/8/14 - 12/14/14
Homepage
Details
Archives

Welcome to the next New Manga Shout Out. This weekly article introduces you to manga that are new and/or have not been scanlated yet. This week features students trapped in a school, a policewoman with dreams of death, and a boy transported to a fantasy world. Remember, if you like any of the series, favorite them. Don't forget to also thank the various people who feed your manga addiction. ^_^ Translators and Scanlators, please check out these series and see if you can spread some more manga love~ 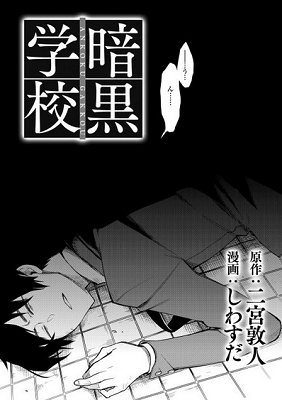 One Saturday, a group of students met at school to work on a project for the school festival. While taking a break from their work, they suddenly lost consciousness and awoke to a darkened school building. Every door and window seemed to be blocked solidly by a stone wall. What has happened? Is this the result of a classmate's curse? Did the school somehow sink? Have they been transported to another world? Whatever has put them in this situation, they're trapped together, and they have a limited supply of food... 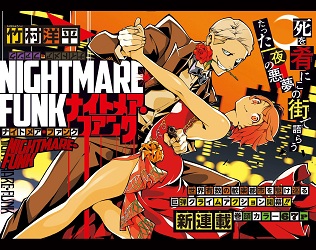 Kurusu Hiyori is a young policewoman and the daughter of a former police chief. She has the unusual curse of having predictive dreams of a person's murder the following day. Tragically, the first of these dreams she experienced showed her the death of her own father. Over time, the dreams have led to her social isolation, a kind of grim-reaper reputation, and a lot of problems at work-- the police are not fond of her habit of rushing off to investigate future crimes she saw in her dreams. Even worse, the dreams that have left her as an adult bedwetter have not enabled her to save a single person.

That all changes, on the day after she dreams of the assassination of Claus Haida, a creepy foreigner. She is overjoyed to have rescued him, but it turns out that he is something of a monster himself. He works for a foreign company, and has decided that it is in both of their interests for the two of them to team up. He is undeniably useful, but can Hiyori really join forces with such a person? 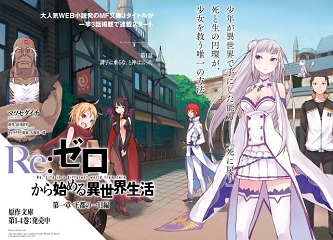 High school student Natsuki Subaru has been summoned to a fantasy world while on the way home from a convenience store! Based on his knowledge of stories where people get transported to other worlds, he assumed he must have some kind of super power, but that assumption ended up getting him beaten and nearly killed during a mugging.

He is rescued by a half-elf, Satera, and her companion, a small magical cat called Puck. They're looking for something that was stolen from them, and Subaru decides to help. However, all too soon, he learns that he does indeed have a special ability. When he dies, he begins his adventure again from the moment when he was summoned to the fantasy world. Will he be able to use his ability to help Satera?

=======================================================
Note to all scanlators: If you recently started scanlating a new manga series (with about 5 or less chapters released) and would like your manga to be shouted out in the next New Manga Shout Out, then please PM me. Please include:
This is what tethysdust said this week:
Quote:
There were some pretty good ones again this week. I wasn't a huge fan of the sexual-harassing-foreigner in Nightmare Funk, but I really liked the story. It would be really awful to have that kind of ability, but then not really have any way to make a meaningful difference. Ankoku Gakkou is extremely slow-moving, but it seems like an interesting Lord-of-the-Flies group character kind of story. Re: Zero reminds me a little of "Edge of Tomorrow" in the main character's ability, but in an MMO-like fantasy world.

My opinion:
Ankoku Gakkou - If you like survival type games and mystery set in a school setting, then this may be the manga for you.
Nightmare Funk - On the other hand, if you want some ecchi-ness with a mix of mystery, then this may be the manga for you. I'm curious to see if they explain the dreams and if she'll be able to save more people. This sounds the most interesting of the three.
Re:Zero Kara Hajimeru Isekai Seikatsu - However, if you're more into fantasy and the ability of a person to respawn (like in MMOs), then this manga would be a good pick for you.


If you haven't done so already, check out the scanlations of the mangas from previous shout outs which have been recently scanlated: crime drama Sukedachi 9 (MH link).