Like us on Facebook, follow us on Twitter! Check out our new tumblr page. :)
Manga News: Toriko has come to an end; but be sure to swing by and share your favourite moments from the series!
Manhwa & Manhua News: Check out the new Manhwa and Manhua shout-out (March 2016).
Event News: One Piece Awardshas concluded. Check the results Here!
MangaHelpers > News > Shout-Outs > New Manga Shout Out: 5/23/16 - 6/5/16
Homepage
Details
Archives

Welcome to the next New Manga Shout Out. This weekly article introduces you to manga that are new and/or have not been scanlated yet. This week features a demon taking over the world, sushi chefs, a kid pro shogi player. Remember, if you like any of the series, favorite them. Don't forget to also thank the various people who feed your manga addiction. ^_^ Translators and Scanlators, please check out these series and see if you can spread some more manga love~ 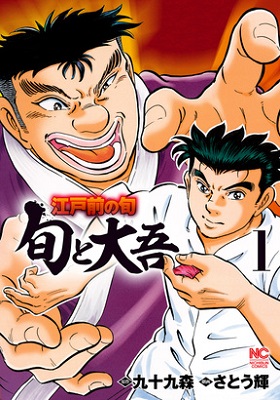 In Ginza in the 1990s, there are two young sushi chefs that are going head to head. Yanagiba Shun is the third generation chef of his family's sushi shop, and Yoshizawa Daigo is the fourth generation of his family's. What starts off a simple quarrel between them escalates and, through their rivalry and many sushi-making competitions, they learn more about sushi and each others' abilities. 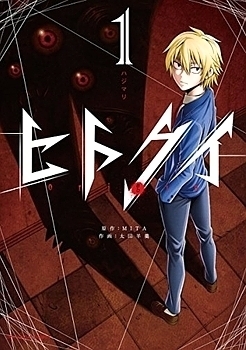 This is a prequel of Hito Kui. There is a rash of sudden group deaths, where all members die of a heart attack. These people receive a chain mail and are then drawn into the lair of a man-eating monster, a "Hitokui." Generally, only the last person standing survives, with the others dying of a heart attack in the real world when they are eaten by the monster. High school student Youta is drawn into one of these lairs, which doesn't go quite as the monster planned. He survives, and retains his memories of what happened there. However, it looks like the world of man-eating monsters is not finished with him yet... 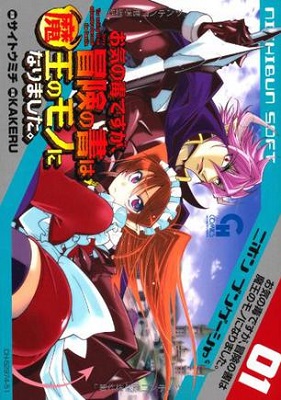 The new demon king, Vermot the 13th, is bored of his life in the demon kingdom, so he decides to take over the human world. He heads there with his sword and his pretty maid, Sara. With his powers and abilities, he is easily able to take over the first kingdom he targets, reduce the surviving princess to his pet, and slaughter any righteous heroes that come his way. He loves how he can take whatever he wants with his own power in this new life, rather than it already having been given to him (as in the demon world). He's not planning to stop his conquest anytime soon... 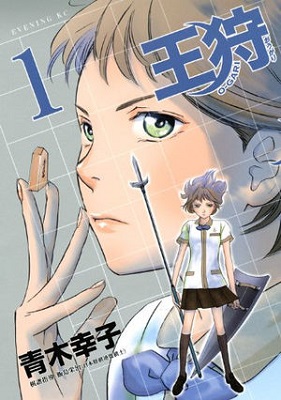 12-year-old Kuze An wants to become a pro shogi player. She has the same impressive memory as her shogi-playing grandfather, which allows her to remember anything if she's seen it just once. Still, that's not enough to let her win easily against the boys in her tier. This is a story about An and her rivals in the game of shogi, as they strive to reach pro level.

=======================================================
Note to all scanlators: If you recently started scanlating a new manga series (with about 5 or less chapters released) and would like your manga to be shouted out in the next New Manga Shout Out, then please PM me. Please include:
This is what tethysdust said this week:
Quote:
Hito Kui is a variation on the survival game genre, with some interesting twists. It's apparently also a prequel of another work, so it's one to check out for existing fans. O-ki no doku desu ga is kind of a 'what if the bad guy wins' story right now. It was kind of novel at first, but it got depressing after a while. I suspect there must be some serious challenge to his power later on in the series. If you are interested in sushi preparation, Edomae no Shun is the one to check out. If you like shogi, then Ougari is the one to try.


My opinion:
Hito Kui: Origin - If you are in the mood for a survival game involving monsters, then check this one out.
Edomae no Shun: Shun to Daigo - If you like sushi and like food competitions, then this may feed your need...
Oki no Doku desu ga, Bouken no Sho wa Maou no Mono ni Narimashita. - If you want a demon as a protagonist and want to see how he is going to conquer the world, then take a look at this manga.
Ougari - On the other hand, if you like shogi manga, this is a nice short 3 volume manga you can check out.

4 members and 5 guests have thanked c_k for this news