Like us on Facebook, follow us on Twitter! Check out our new tumblr page. :)
Manga News: Toriko has come to an end; but be sure to swing by and share your favourite moments from the series!
Manhwa & Manhua News: Check out the new Manhwa and Manhua shout-out (March 2016).
Event News: One Piece Awardshas concluded. Check the results Here!
MangaHelpers > News > Shout-Outs > New Manga Shout Out: 5/13/13 - 5/19/13
Homepage
Details
Archives

Welcome to the next New Manga Shout Out. This weekly article introduces you to manga that are new and/or have not been scanlated yet. This week features kids learning to wield god-like powers, mysterious kidnappings and shoplifters. Remember, if you like any of the series, favorite them. Don't forget to also thank the various people who feed your manga addiction. ^_^ Translators and Scanlators, please check out these series and see if you can spread some more manga love~ 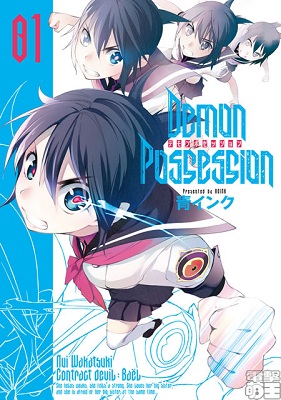 Humanity has found the perfect energy source that gives the wielder near god-like powers. This energy source has been named "Demon." The rare individuals that have the capabilities to wield this power are known as "Mediums." To become one of the Mediums, Taichi has transferred to the Meissner School. On the first day of transferring into the school, he literally runs into an energetic girl named Nui. She is a Medium and attends the Meissner School. Taichi will require her help to become a Medium himself and survive against hostile Mediums. 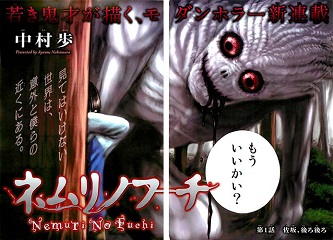 Eight years ago, a girl went missing while playing hide-and-seek in the forest. Starting around then, instances of 'labyrinths' started spawning in random places, which led to an increasing amount of missing people. Kaori was one of them, when she was never found after the game of hide-and-seek she played with Shuhei. Now, eight years later, Shuhei still feels guilty for the loss of Kaori. He feels as though he, too, should be dragged into these 'labyrinths' in the search for his long lost friend. Now, he found an opening into the labyrinth. In it, he begins his search for the truth behind this phenomenon! 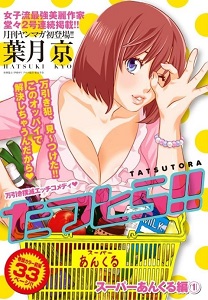 My opinion:
Nemuri no Fuchi sounds like it might be an interesting read. And the title page gives off a creepy vibe~

If you haven't done so already, check out the scanlations of the mangas from previous shout outs which have been recently scanlated: sci-fi drama Murasakiiro no Qualia (MH link), school life romance Mashiroiro Symphony - Wind of Silk (MH link).

0 members and 1 guests have thanked c_k for this news

[Permalink]
I sorta like the art for Demon possession. Though I need to be translating less, not more. >_<....Especially with the special project I got going on in June...

[Permalink]
Are you sure Tatsutora!! is an going manga, and not a two-chapter manga?

[Permalink]
Hmm... my mistake. I thought I saw that it was ongoing somewhere, but I could be wrong. I fixed it~