Like us on Facebook, follow us on Twitter! Check out our new tumblr page. :)
Manga News: Toriko has come to an end; but be sure to swing by and share your favourite moments from the series!
Manhwa & Manhua News: Check out the new Manhwa and Manhua shout-out (March 2016).
Event News: One Piece Awardshas concluded. Check the results Here!
MangaHelpers > News > Shout-Outs > New Manga Shout Out: 1/11/16 - 1/17/16
Homepage
Details
Archives

Welcome to the next New Manga Shout Out. This weekly article introduces you to manga that are new and/or have not been scanlated yet. This week features a boy being confessed to a "girl," a soccer manga, and something mysterious causing people to explode! Remember, if you like any of the series, favorite them. Don't forget to also thank the various people who feed your manga addiction. ^_^ Translators and Scanlators, please check out these series and see if you can spread some more manga love~ 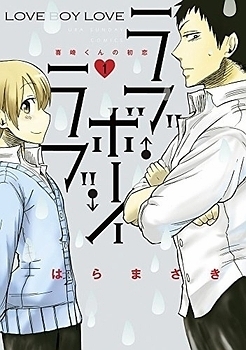 Aikawa doesn't expect to make many friends in high school, due to his large size, attitude and the scar on his face. He doesn't avoid making friends with people, but he doesn't go seeking them out, either. A boy in his class, Kisaki Taichi, seems at first to want to be his friend, but then he steps completely over that boundary when he confesses his love.

Aikawa is shocked, and tries to avoid the issue of homosexuality by using his continuing attachment to his first love, a girl named Suzuka, as a rejection technique. This backfires when Kisaki claims that he actually -is- Suzuka. He claims that he had been cross-dressing back then, and now his family name has changed due to his parents' divorce and remarriage. Will Aikawa still love this new Suzuka? 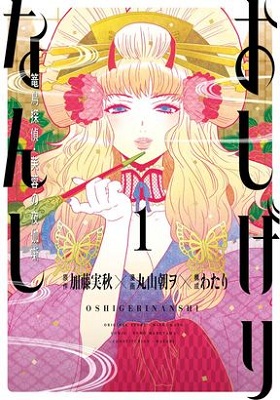 Ikutarou works in the red light district of Edo Yoshiwara. One day, an actor mysteriously drowns in shallow water, and foul play is suspected. One of the prostitutes gets Ikutarou involved in the investigation in her place, and thus starts his first case! 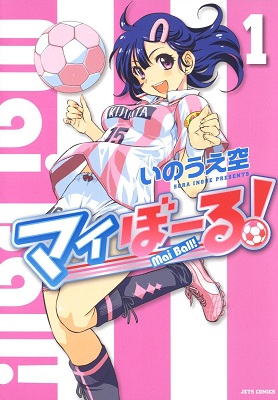 Mai has been helping out her childhood friend, Kunimitsu, every morning with soccer practice ever since they were little. After years of practice, Kunimitsu has been MVP 2 years in a row at the middle school nationals. One day, Reika - one of Kunimitsu's admirers - witnesses the two childhood friends practicing, and is shocked by Mai's ability to keep up. Determined to prove herself to Kunimitsu, Reika challenges Mai to a soccer challenge!

Caught between her childhood crush and new competition, will Mai be able to hold her composure? With a tendency to get too nervous or fantasize about Kunimitsu, Mai has a hard time playing soccer outside of practice. Can she stop her lewd fantasies long enough to beat Reika? 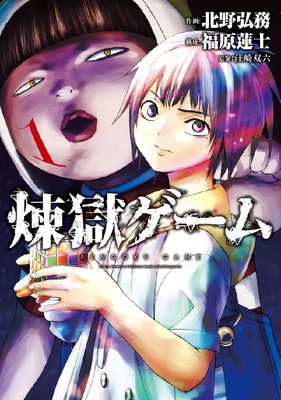 A mysterious event causes a number of people in Ikebukuro to collapse, but after they gain consciousness they explode and die! Ryuji and his friend Taizou Miyauchi are determined to find the cause after their friend meets their explosive end in front of them. But instead of finding answers, they are given a death sentence and transported to a strange world by a mysterious child. To return home they must compete in, and survive, the Purgatory Games!

After a god screws up and accidentally takes high schooler Shou's life, he offers him reincarnation with a gift to make up for it. Shou asks to retain all his old memories for the new life. Shou is reborn as Will, a noble's son in a world where magic use is common and involves knowledge of kanji characters. With all his memories, he's a brilliant toddler, and when he experiments with magic, he finds that he has an amazing talent for it! What's more, though he was smart but unloved in his old life, in his new life he has a mother and a father who both love him deeply. His future as Will is looking very bright!

=======================================================
Note to all scanlators: If you recently started scanlating a new manga series (with about 5 or less chapters released) and would like your manga to be shouted out in the next New Manga Shout Out, then please PM me. Please include:
This is what tethysdust said this week:
Quote:
Tensei Shichattayo was my favorite of the week, and it will be interesting to see how his past-life in apparently another reality will help him as he grows up. Love Boy Love is an unusual boy's love story, with a tough-guy main character who is confronting whether or not gender mattered in why he liked his childhood crush. Oshigerinanshi would be more for those who are interested in the historical Edo red light district and mysteries.
Now for Niffer's take on her manga:
Quote:
Rengoku game is Death Note meets Battle Royal (the manga, not the movie). It is very gory with an interesting mystery, and unexpected puzzles that the characters need to figure out by thinking outside the box. ^-^
My opinion:
Love Boy Love - Although boys confessing to another boys aren't unusual in boys love manga, but it might be interesting to see how the main character who supposedly like girls takes finding the "girl" he liked was really a boy...
Oshigerinanshi - Rouchou Tanten no Yotogibanashi - A manga with a mix of the Edo period and murder mystery might appeal to those who like a bit of mystery mixed with historical time periods...
Mai Ball! - If you like soccer manga, then this may appeal to those that love "football" and ecchi situations.
Rengoku Game - If you're in the mood for a mystery, aren't afraid of gore, and mystery, then you should check this one out.
Tensei Shi Chatta Yo (Iya, Gomen) - If the recent increase in manga about reincarnations due to dying, I think fans of Tensei Shitara Slime Datta Ken or Re:Monster will probably like this one, although this is more magical than those other manga.


If you haven't done so already, check out the scanlations of the manga from previous shout outs which have been recently scanlated: historical romance Taisho Wotome Otogibanashi (MH link).

2 members and 1 guests have thanked c_k for this news