Like us on Facebook, follow us on Twitter! Check out our new tumblr page. :)
Manga News: Toriko has come to an end; but be sure to swing by and share your favourite moments from the series!
Manhwa & Manhua News: Check out the new Manhwa and Manhua shout-out (March 2016).
Event News: One Piece Awardshas concluded. Check the results Here!
MangaHelpers > News > Shout-Outs > New Manga Shout Out: 3/28/16 - 4/3/16
Homepage
Details
Archives

Welcome to the next New Manga Shout Out. This weekly article introduces you to manga that are new and/or have not been scanlated yet. This week features high school girls with unique qualities and a creature that cuts off the toes of shoes. Remember, if you like any of the series, favorite them. Don't forget to also thank the various people who feed your manga addiction. ^_^ Translators and Scanlators, please check out these series and see if you can spread some more manga love~ 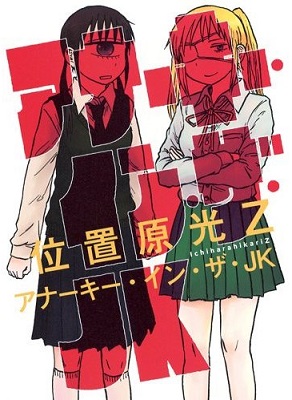 This one volume manga focuses primarily on the daily life of a group of five (mostly) high school girls. Some of them have unusual qualities, like a glowing butt or a single cyclopean eye. The girls nevertheless have a fairly normal and comedic daily life, including stuff like going to family restaurants together, joking about sex, and talking about boys. 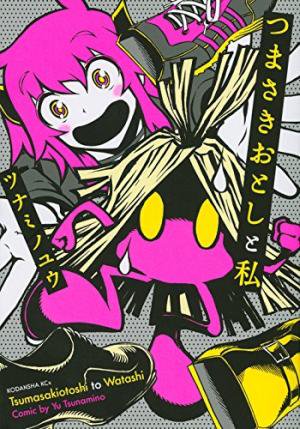 One day, a girl named Nagatsuma Saki meets a little creature named Tsumasaki Otoshi. Otoshi's role is to cut off the toes of unsuspecting peoples' shoes, but ordinarily humans are unable to see him. Saki is an exception to that rule, and he finds her pushiness and lack of fear terrifying. Saki seems to show up extremely often while Otoshi goes about his usual business of shoe-snipping. 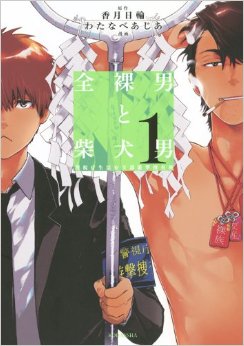 New detective Ishida Tomohiro comes home one day to find a naked man in his home. The man asks who Tomohiro is, and then vanishes. After this event, Tomohiro finds himself pulled into a supernatural situation with a killer sword that can possess people. The "naked man" shows up again, this time clothed and fully physically present. It turns out that he is a member of the police force's supernatural team and his name is Kyousuke. Soon enough, Tomohiro ends up being transferred to this supernatural unit, where he will have to handle all sorts of bizarre situations, alongside his extremely quirky new colleagues!

=======================================================
Note to all scanlators: If you recently started scanlating a new manga series (with about 5 or less chapters released) and would like your manga to be shouted out in the next New Manga Shout Out, then please PM me. Please include:
This is what tethysdust said this week:
Quote:
This is a comedy week. Tsumasaki Otoshi to Watashi is more silly and absurd humor. Anarchy in the JK is also pretty silly (it has a cyclops girl, for instance) and has a lot of sex jokes. Zenra Otoko is a mystery comedy, where the main character ends up in a supernatural incident response team. Though Kyousuke does occasionally project himself naked (and he's naked with strategically-placed props in the chapter title pages), the content doesn't seem all that risque--it's played more for being funny than sexy.

My opinion:
Anarchy in the JK - If you like reading more slice of life type manga about high school girls, but want something a little more sex related, then you may want to check this one out since it's only one volume long.
Tsumasaki Otoshi to Watashi - If you want a little more silliness in your comedy, them this manga may be more your style.
Zenra Otoko to Shibainu Otoko - However, if you want a comedy featuring a naked guy and want to see the various ways they cover the guy's nudity, then you may want this manga instead.


If you haven't done so already, check out the scanlations of the manga from previous shout outs which have been recently scanlated: romance manga Oujisama Game (MH link).