Like us on Facebook, follow us on Twitter! Check out our new tumblr page. :)
Manga News: Toriko has come to an end; but be sure to swing by and share your favourite moments from the series!
Manhwa & Manhua News: Check out the new Manhwa and Manhua shout-out (March 2016).
Event News: One Piece Awardshas concluded. Check the results Here!
MangaHelpers > News > Shout-Outs > New Manga Shout Out: 9/2/13 - 9/8/13
Homepage
Details
Archives

Welcome to the next New Manga Shout Out. This weekly article introduces you to manga that are new and/or have not been scanlated yet. This week features Date Masamune as a girl, a female sumo wrestling club and a human weapon. Remember, if you like any of the series, favorite them. Don't forget to also thank the various people who feed your manga addiction. ^_^ Translators and Scanlators, please check out these series and see if you can spread some more manga love~ 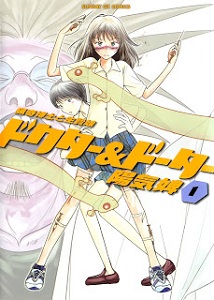 14-year-old Shiga Ayano is cursed with a weirdo bio-researcher scientist as a father. On the day she's supposed to go on a date with a boy she likes, she wakes to find a ferret-like creature affixed to her nether regions. It's her father's plan to protect her female virtue, and it won't be removed until she's an adult! The ferret creature seems to behave in some ways like a boy's penis, but it also has controls to set it in different 'modes' (like 'light mode' and 'mascot mode'). It's no wonder that her father has to use copies of himself, because Ayano is angry enough to kill him repeatedly. Ayano is furious that the creature can't be removed, and she fears that people at school will find out about her new modification. However, she also notices that her ferret-thing responds exceptionally to the presence of her childhood friend, Misa-chin... 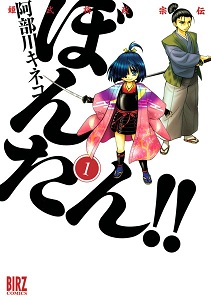 This manga presents an unusual take on the story of Date Masamune, starting in 1571. The Date family has a young daughter named Hagi, who is as lively and strong-spirited as a boy. She falls ill with small pox and barely survives, losing sight in her right eye in the process. Her parents take this opportunity to correct the mistake of her birth--the fact that she was born a girl. When she awakes, they insist to the young child that she is their oldest son, Bontenmaru (the childhood name of Masamune) and proceed to raise her as their son! Now the legendary life of a female Date Masamune begins! 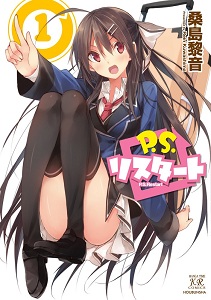 Wealthy girl Shirasagi Chihana woke one day to an empty house. Her father's company had gone under, and her parents had gone off traveling. They left Chihana all on her own to make her way to the boarding high school where she now has to live. Chihana has no idea how to take care of herself, but luckily she soon meets her roomate Megumi and other friends. Now it's up to Chihana's new friends to help her get used to normal life! 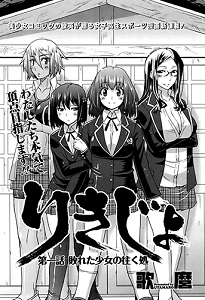 Marumi was accepted into her high school through her Kyudo (Japanese Archery) skills, but recently, her growing breasts are getting in the way. Now, she has been forced to quit Kyudo and is now on the brink of being kicked out of her high school due to her not so stellar grades. Her teacher recommended her to a club known as "Rikijo," a female sumo wrestling club. Will Marumi be able to keep up with this new club? 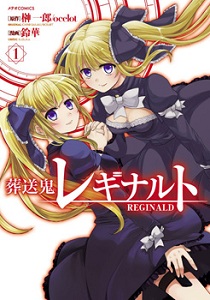 A thick mist covers the city of Faith-Dehli constantly. In the mist and smoke of this metropolis, demons known as "Pagans" lurk in the shadows. Pagans are born when humans fail to join the other souls in the path to reincarnation. There is a group known as the "Twanbach Funeral Service Company" who specializes in hunting these Pagans. Reginald, a 100+ year old vampire that looks like he's 20 years old, gets hired by the Twanbach company by the mysterious twins, Vanessa and Veroinica Twanbach. 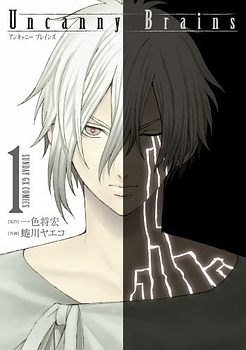 High school girl Yui found a mysterious boy lying unconscious on the beach. This mysterious boy can't remember where he is from, only that his name is "Sid." After a confrontation with the locals, they discover that Sid is one of the human weaponry developed by the Japanese government, known as "Uncanny Brains" or UB. As the powers of the UB unfold before them, will Sid's arrival on this island spell doom for Yui and her friends?

=======================================================
Note to all scanlators: If you recently started scanlating a new manga series (with about 5 or less chapters released) and would like your manga to be shouted out in the next New Manga Shout Out, then please PM me. Please include:
This is what tethysdust said this week:
Quote:
Doctor & Daughter is the weird one of the week, but it is also way less explicit than the description might sound. P.S. Restart was a pretty cute 4 koma, and I could imagine it getting an anime.
Here's what DrCoke had to say:
Quote:
No comments this week.

My opinion:
Nothing really piqued my interest this week...


If you haven't done so already, check out the scanlations of the mangas from previous shout outs which have been recently scanlated: slice of life drama Gokusai (MH link), action adventure horror Gringo 2061 (MH link), slice of life fantasy Girls Go Around (MH link).