Like us on Facebook, follow us on Twitter! Check out our new tumblr page. :)
Manga News: Toriko has come to an end; but be sure to swing by and share your favourite moments from the series!
Manhwa & Manhua News: Check out the new Manhwa and Manhua shout-out (March 2016).
Event News: One Piece Awardshas concluded. Check the results Here!
MangaHelpers > News > Shout-Outs > New Manga Shout Out: 9/9/13 - 9/15/13
Homepage
Details
Archives

Welcome to the next New Manga Shout Out. This weekly article introduces you to manga that are new and/or have not been scanlated yet. This week features witches who destroy humans, a kendo club, and a girl who time travels back to her future husband's past. Remember, if you like any of the series, favorite them. Don't forget to also thank the various people who feed your manga addiction. ^_^ Translators and Scanlators, please check out these series and see if you can spread some more manga love~ 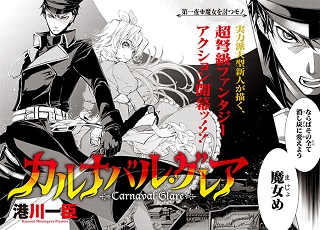 Unknown entities known as "Witches" roam the cities. They exist solely to destroy humans and turn them into one of the Witches. There is a sector in the government known as the Suppression Corps that specializes in dealing with these Witches, who are completely immune to conventional weaponry. Hensel Takamine is the leader of this group, and has an extreme hatred towards the Witches. With his sword imbued with the powers to eradicate Witches, he fights to avenge his sister who was murdered by these monsters. 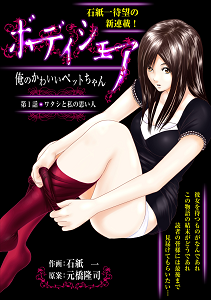 Kisaragi Aya works for a small advertisement company. She hates both her boss and her job, but the one thing that keeps her going is the chance to meet Kanda Tamaki, a handsome and talented graphic designer. While she discussing work with Tamaki, she mentions her desire to move out of her current apartment. Tamaki offers to let her rent out a part of his house, which she happily accepts. Aya, a normal girl with normal sexual preferences, will be discovering the darker and sadistic part of Tamaki as they live together. 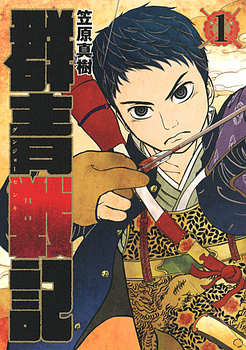 High-schooler Nishino Aoi is a history nut who's in the archery class at his school. Due to his skill in archery, he sometimes thinks that he's more suited to the Sengoku period of Japan. If he lived then, he imagines he might even have a girl like his clubmate Seno-san as his wife. As it is, Seno-san is his friend and the girlfriend of his childhood friend Kouta.

When a mysterious fog covers the school, Aoi gets his chance to experience the Sengoku period first hand. The entire school is transported to a time period that Aoi pinpoints as somewhere between 1576-1582, near to Azuchi Castle. However, things are not as bright as he might have imagined. Armed men accompanying the historical figure Hachisuka Koroku attack the school, brutally murdering teachers and students. Will Aoi and his friends be able to survive this deadly era? 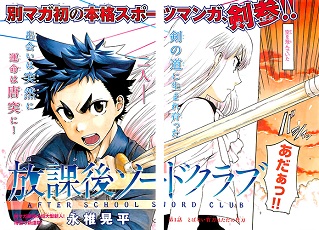 Gaie Kensei is just starting his high school life, at the same school as his childhood friend Nireki Hikari. His high school boasts a highly competitive kendo club, and Kensei is excited to join and begin learning from the older students. However, the fact that Kensei's father is a legendary kendo competitor works against him. Once the other club members learn that Kensei is not as good as his father, they refuse to let him join the team.

Wandering around in despair, Kensei comes across the secret hideout of Ashihara Naoto. She seems highly skilled in kendo, though she spends all her time reading and claims she hates the sport. Naoto reluctantly helps him train up to prove his worth to the kendo club, though she refuses to join the club herself. On the final day of club sign-ups, Kensei finally makes it into the Kendo club, along with his childhood friend Hikari, who becomes the first female member! Their kendo-centric high school life is only beginning! 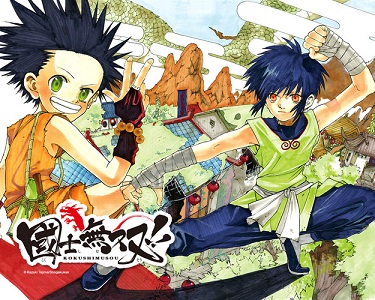 There is a hidden island that is a mecca for martial artists. There are different reasons people go there--because they want to become amazing at their art, or simply because they come from a family known for martial arts and they are sent there by their parents. In any case, new arrivals sign a contract that they can't leave for 10 years, and that contract is strictly enforced. Within the complex, there is a forbidden area...

Ro is a new arrival, and he was hoping to hone his skills. However, it seems to him that he's gaining nothing, and is just being required to drag himself down to the level of his inferior peers. One day, he opens the door in the forbidden area, and finds a boy who had been trapped there for ten years. The boy remembers little of his life before, and Ro names him "Kid." Kid is determined to leave the complex and search for his father. Maybe if Kid can get help from Ro and other new friends he makes, such as a sad, bullied young girl named Mugi, he will be able to begin his search! 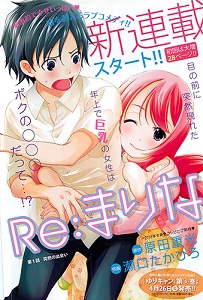 Rinosuke's useless and vagrant father is now dead. Now, at the age of 16, he is completely alone and will have to quit school to survive. On the night his father dies, a naked woman with large breasts falls from the sky and lands on top of him. She introduces herself as Sakamoto Marina, the future wife of the future Rinosuke. She states that she used a time machine to come back to the past, and start a new life with the younger Rinosuke. Rinosuke's new life with his future(?) wife begins.

=======================================================
Note to all scanlators: If you recently started scanlating a new manga series (with about 5 or less chapters released) and would like your manga to be shouted out in the next New Manga Shout Out, then please PM me. Please include:
This is what tethysdust said this week:
Quote:
Gunjo Senki was neat (though extremely violent). It is a very different and more serious take on the usual "transported to Sengoku era" plot. Kokushi Musou also seems like it could grow into a pretty nice story.
Here's what DrCoke had to say:
Quote:
No comments this week.

My opinion:
Not really interested in any of the manga this week...

3 members and 3 guests have thanked c_k for this news